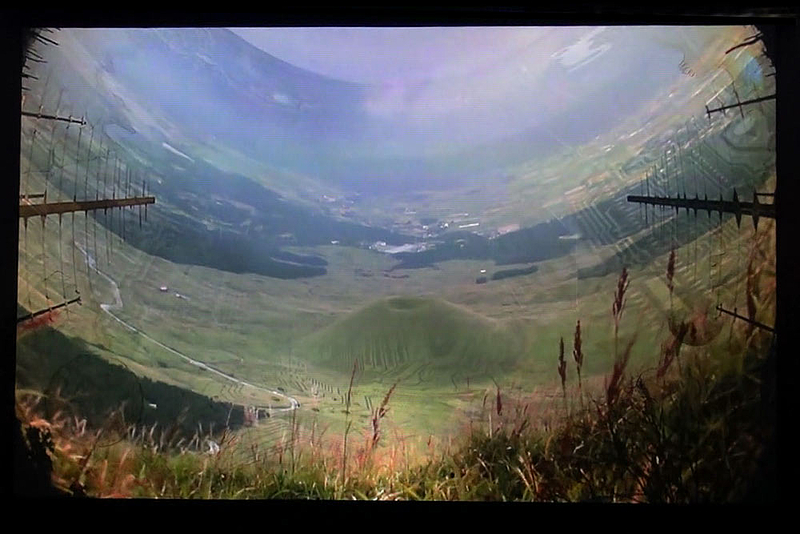 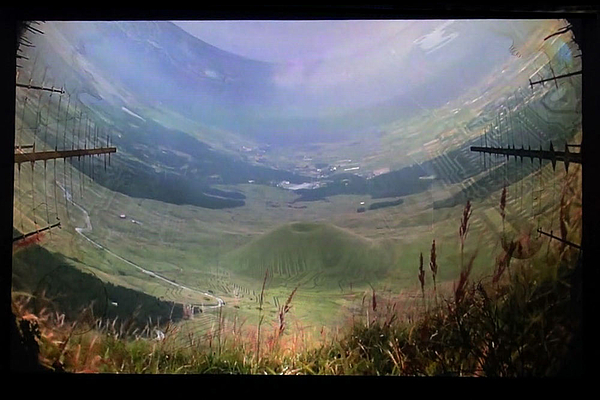 Trained as a painter and printmaker, Rohini Devasher also works in sound, video and site-specific drawings. Recently, she has explored ideas of interiority, inversion and the construction of a 'climate' that juxtaposes one problem with something unrelated, making the familiar appear uncanny and strange.

In Spheres (2017), a four-part video and drawing installation, Devasher considers the imagination and resources humanity has drawn on to create tools to study outer space. She chooses to invert the outward gaze to reassess the cycles and structures of this world. The video places the viewer within mythic landscapes: a crater stands as a monument to past upheaval, the sea rises overhead and artificial suns simulate daylight, and metaphors of 'the valley' and 'the cloud-maker' suggest realms of the unobservable.

The film is projected onto a large site-specific wall drawing, where video and drawn marks interact in unexpected ways. The drawing takes inspiration from moments in science and fiction when the Earth was still being explored as an entity within space, such as Jules Verne's novels Voyages extraordinaires (1863-1905), full of queries regarding the planet's shape and composition, and Alexander von Humboldt's drawings from his expeditions (1799-1804), with a visual record of places and their natural environment. Images in the drawing refer to the 'Hollow Earth' theory, envisioning another Earth at the centre of the planet, and the Homeric view of the Earth, which conceives of Earth as a flat, circular piece of land surrounded by a continuous ocean-stream. Also important is Arthur C. Clark's book Rendezvous with Rama (1973) for its depiction of a cataclysmic encounter between an unidentifiable object and Earth. Devasher adds her own otherworldly observations from a journey to Mount Aso, Japan's largest and most active volcano, where she filmed from its caldera, the crater formation left by volcanic eruptions 30,000-90,000 years ago.