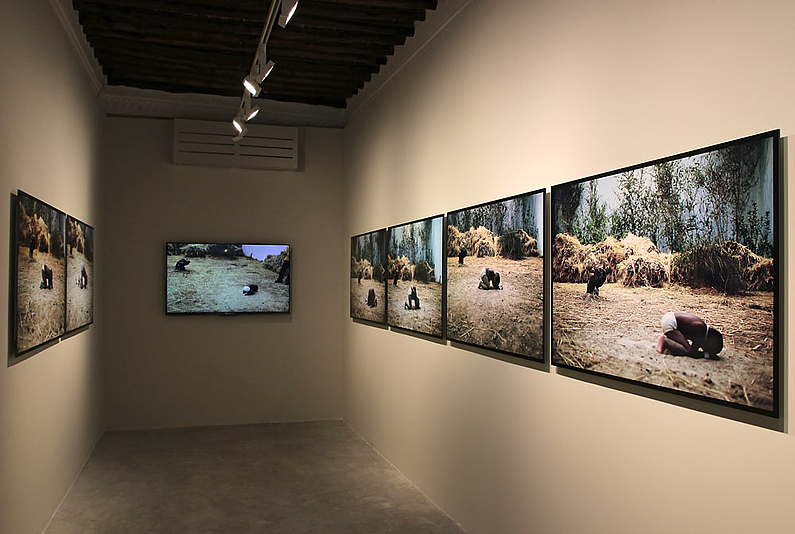 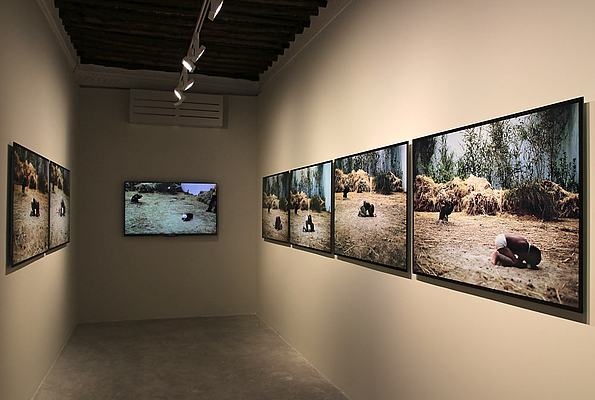 Questioning the conventions of what contemporary art is and can do, Xu Zhen's work spans a wide range of mediums, including painting, sculpture, photography, video, installation and performance. Xu's work The Starving of Sudan (2008) takes as its subject the 1994 Pulitzer Prize-winning photograph by South African photographer Kevin Carter, which depicts a vulture lurking around a baby in famine-stricken South Sudan. At first, Carter's image garnered praise, but soon after, it incited worldwide debate over ethical standards in the field of photojournalism and accusations of voyeurism. Many wondered how he could have left the scene without knowing the fate of the child. The photographer ended up committing suicide after facing relentless condemnation for failing to help the infant that brought him so much fame and attention.

Xu's work for SB14, presented as photographs and a video, evolved from his staging of this infamous scene in a 2008 performance at Long March Space in Beijing. The child was accompanied by her mother, who had migrated from Guinea to Guangzhou. The vulture was a stuffed model of the bird. The work elicited a vocal reaction from the audience, particularly from women, who objected to the artist's instrumentalisation of a girl too young to understand the role she embodied. Still, some audience members took snapshots of the performance and shared these images on social media, replete with insensitive comments and borderline racist rhetoric. Xu's work offers evidence of an understanding of universal human value while simultaneously examining human empathy and its ethical limits. The work also challenges the professional position of the 'artist' by questioning contemporary art's capacity to evoke an understanding in the viewer of his or her passive participation in the world's chronic tragedies.