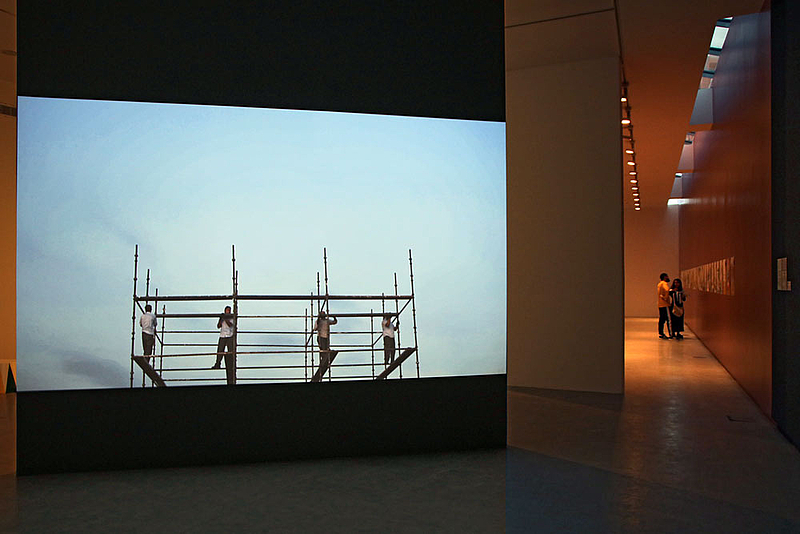 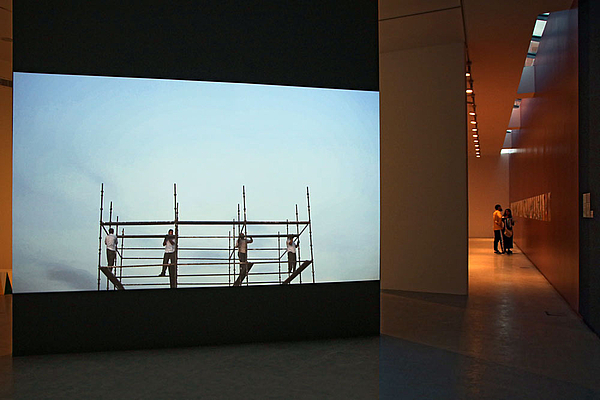 All around us - elsewheres are beginnings and endings. 2019
From 'dig and fly'.
Multimedia film installation
Commissioned by Sharjah Art Foundation

As an artist, curator, professor and writer, Christopher Cozier explores the Caribbean as a place that has shaped and is shaped by the world. In 2006, he co-founded Alice Yard, an informal venue for creative experiment, exchange and debate that presented artist projects, performances, music events, readings, film screenings and exhibitions.

Much like Sharjah, Trinidad is entangled in the global oil and gas economy. Questions around sovereignty, transnational labour and hospitality for capital, not always for people, shape social awareness, and, as is the case in Trinidad, the artist found that most of his interactions during his visit to the UAE were with people from other places. Most societies in the Caribbean began similarly, often in the era of sugar plantations.

For All around us - elsewheres are beginnings and endings (2019), part of his 'dig and fly' series, Cozier filmed technicians assembling a structure out of scaffolding in the desert landscape of Mleiha, Sharjah in order to see what would arise. Focusing on the fact that much of what mobilised political activist Marcus Garvey's early thinking revolved around the predicament of transplanted labour, Cozier set up a scenario to see and listen to the workers. During the shoot at this temporary site, children began playing around the scaffolding as if the production had crossed into or interfered with their playground or backyard. Cozier realised that this unplanned activity marked yet another process. Through their provocations and small acts of mischief, they bluntly asked, 'Who lives here and who is just working in this space?' Everyone around the site and involved in this act of labour, including the artist, was from 'an elsewhere', which could form the basis for dialogue across geographies, histories and personal experience. Two versions of Cozier's film are presented alongside drawings in Al Mureijah Square.