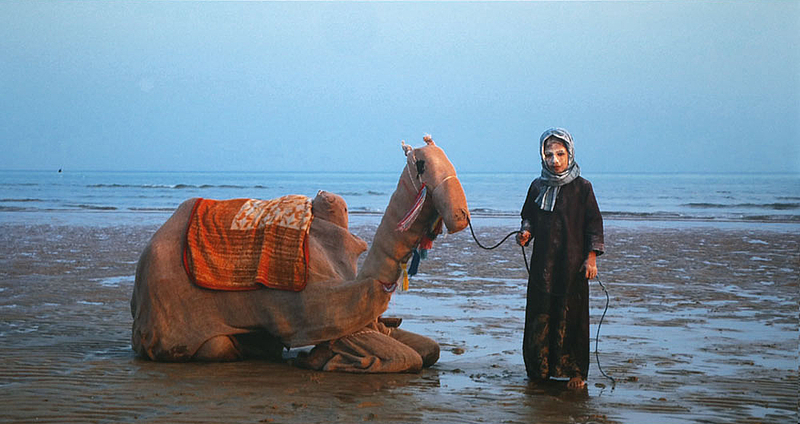 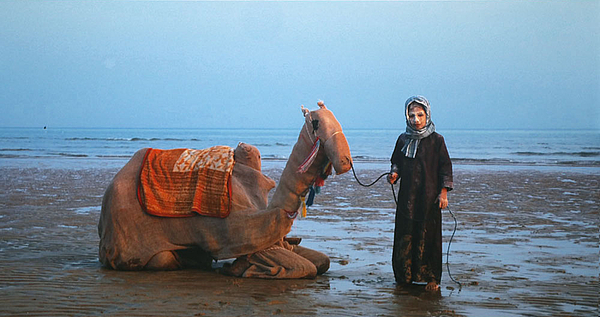 At the Time of the Ebb. 2019
Video loop, stereo, master 4K; 21 minutes
Commissioned by Sharjah Art Foundation
Courtesy of the artist and Galerie Imane Farès, Paris

Through videos, drawings, installations and public interventions, the work of Alia Farid explores contemporary urban life against the background of the complex colonial histories of Kuwait and Puerto Rico, her two countries of origin.

For her SB14 commission, At the Time of the Ebb, she travelled a 100 nautical kilometres from the easternmost tip of the Arabian Peninsula to the Iranian island of Qeshm to film the annual celebration of Nowruz Sayadeen [in English, Fisherman's New Year]. Such is the stage for Farid's film essay, a melancholic meandering through the surviving festival traditions of an island seemingly cast out of time or, rather, living according to a rhythm very much its own, attuned to ancient seasonal cycles. The work foregrounds a number of local residents, whose performances draw attention to their customs, traditions, material surroundings and natural environment—from a brightly decorated domestic interior to an expansive sea view overlooking the Arabian Gulf.