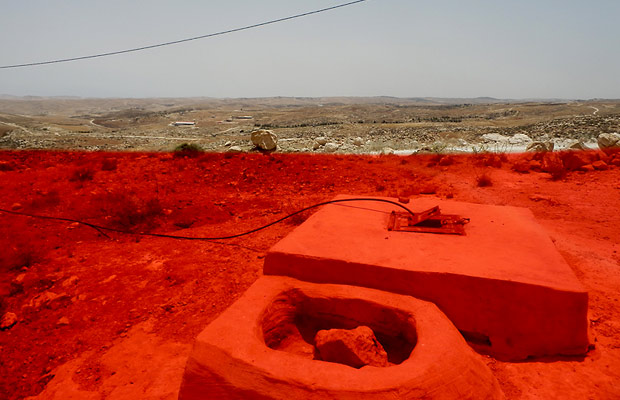 Photograph with red film of area where chemical waste is buried in south of West Bank, from new artist publication by Inas Halabi, 2017 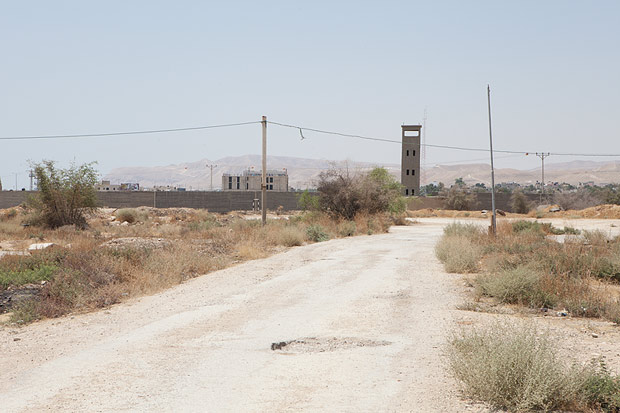 Photo of Jericho, 2015 (view taken on the grounds of the former fort with new walls and tower constructed in the background) from new publication by Samir Harb & Mimi Cabell, 2017 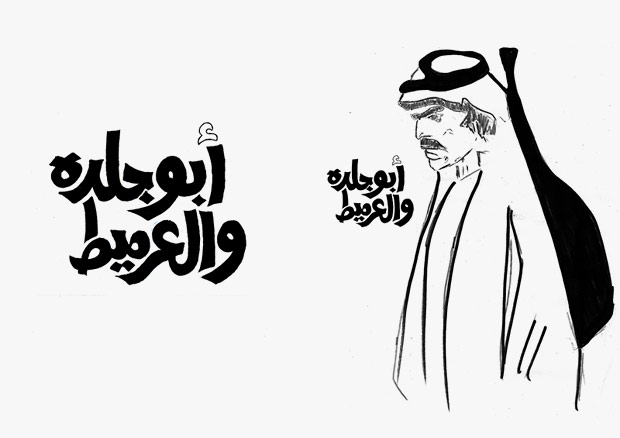 About Christine Tohmé
see the biography