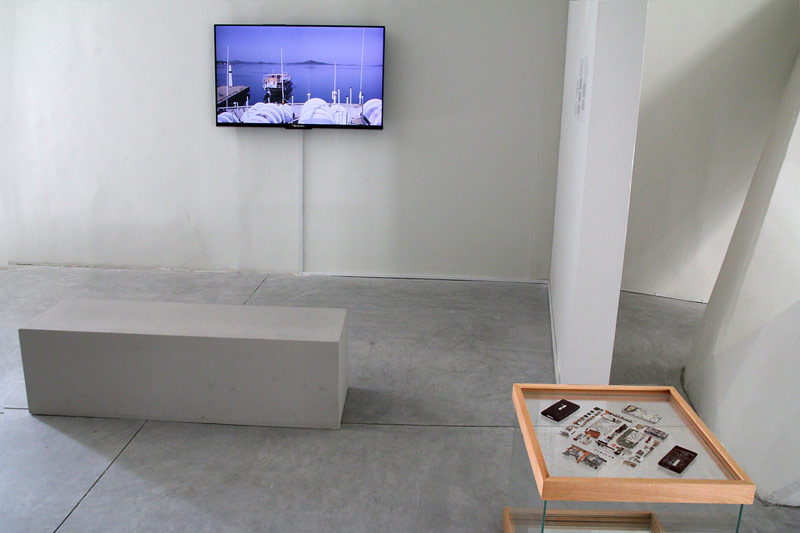 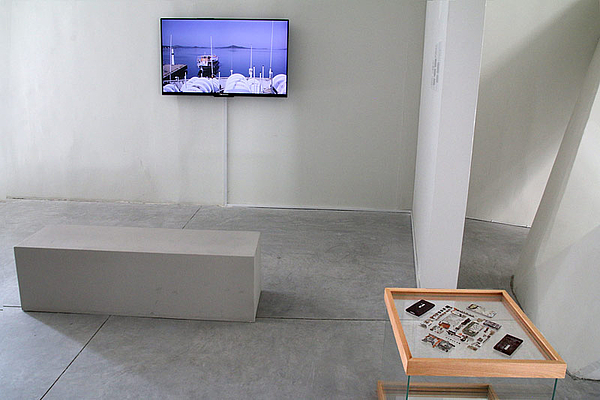 As a filmmaker and artist, Roy Samaha explores the non-linear relationships between images, memory and history through embodied experience. Residue (2017) began as a trip from Beirut to Izmir on Turkey’s Aegean coast. From there, Samaha headed northward to Ayvalik, an old seaport village in the country’s northwest region, where he caught a ferryboat that took him to Greece’s ancient city of Mytilene. The artist retraces the journey of successive waves of migration, following the route of people moving from the Aegean, Anatolian and southern European regions to the Eastern Mediterranean and Egypt. Historians believe that the collapse of Bronze Age culture caused this exodus, an event that was likely abrupt and turbulent for those on both sides of the Mediterranean. Today, Samaha proposes that the end of our Aluminum Age bears witness to mass migrations on this route in the opposite direction, as if in a return to ancestral shores. Based on Samaha’s journey, Residue is a moving image diary comprised of over 85 GIFs that explore the recurring movement of waters, peoples and cultures. Alongside the video, the artist presents written entries from his travels in addition to passages from a translation of The Greek Magical Papyri, edited by Hans Dieter Bietz.

In Revenant (2017), Samaha explores the urge to make images and desire to archive while considering the fragility of both endeavours. On a seaside drive from Beirut to Akkar to visit family, Samaha stopped to take in the view and spotted a severely corroded phone that he imagined was carried by the Mediterranean’s strong seasonal currents. The condition of the phone spurred thoughts of the object’s long journey by water as well as the former owner’s images and text messages likely held within the device. Despite the artist’s best efforts, however, nothing could be recovered. For Samaha, this piece of hardware became a surrogate for the embodied memory of people, places and experiences that comprise a life. In the gallery, the phone has been dismantled into its constitutive parts, conveying an image of disruption and dispersal that reminds us of water’s elemental force.
(From the SB13 Guidebook)