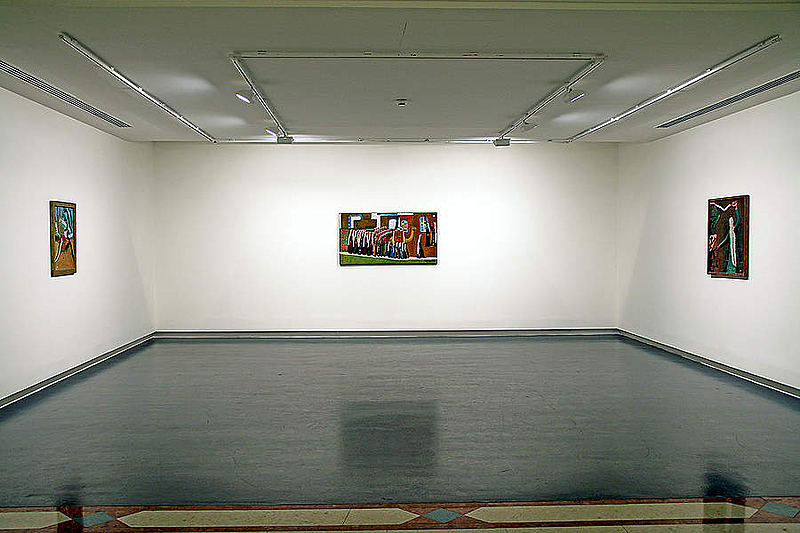 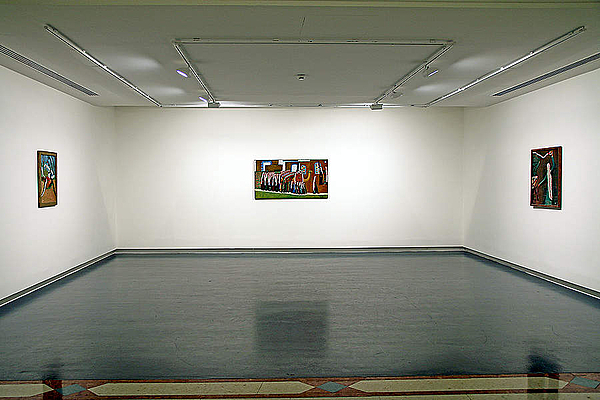 The grounded political art of Abdul Hay Mosallam Zarara embodies his personal commitment to the Palestinian struggle for liberation and peace. An active member of the PLO and former military pilot since the 1970s, when he first developed his sawdustand-glue relief technique, Zarara has used his work to decry the violent suppression of his homeland and promote international solidarity worldwide. Depicting everyday life, weddings, social groups and traditional celebrations, his works also serve as a valuable record of an endangered tradition and culture.

Recuperated historical information and impassioned prose feature prominently in Zarara’s work, seeking audience with a broad public. Most works presented in SB12 reside in the collection of Sharjah Art Foundation and were recently exhibited in the context of the international solidarity movement with Palestine. The current selection focuses on Zarara’s formal technique and unique visual vocabulary, which includes an almost surreal use of the Palestinian keffiyeh often intertwined with weapons or women’s hair and his depiction of rodentlike predatory monsters variously wielding missiles, harassing innocents and dragging along a helpless NATO.