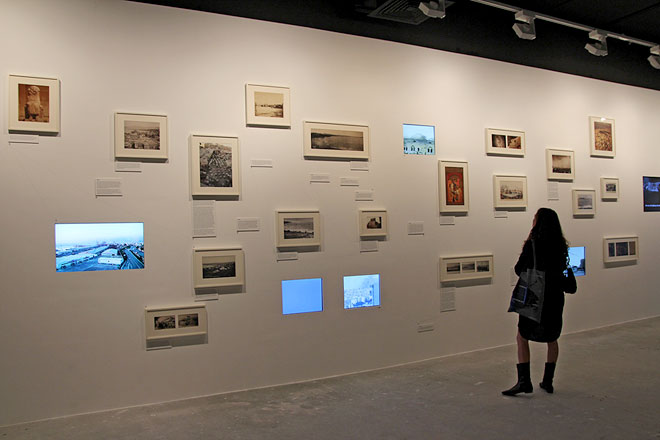 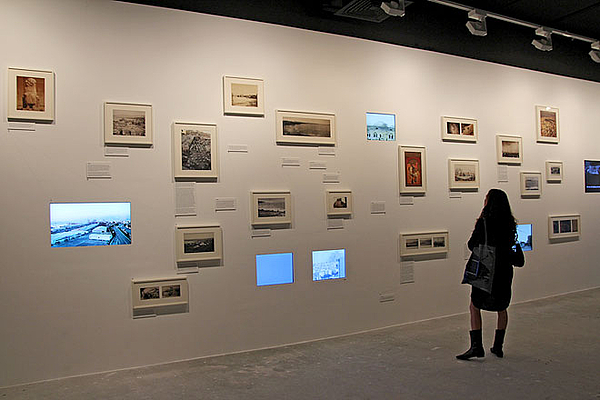 Beirut, Autopsy of a City. 2010
Mixed-media installation (Chapter 1, A history of Beirut’s possible disappearance – photographs, texts and videos; Chapter 2, Beirut, 1001 views – animation (16 min), video (looped), black-and-white, silent; Chapter 3, Beirut, 2058 - animation, video (looped), colour with sound
This project proposes possible reconciliations between the task of the archaeologist and that of the poet, between modern images and ancient texts. The installation retells stories of the conquests, defeats and natural disasters that shaped and disfigured Beirut, leaving the viewer to wander amid fragments that point to the impossibility of constructing a grand history, fictionalising the narratives presented.The first chapter, "A history of Beirut’s possible disappearance," weaves inter-temporal relations between elements from various epochs. The second chapter, "Beirut, 1001 views," is a representation of the city that simultaneously embodies different historical periods, and thus is neither a past nor a present image but one that reflects nonlinear time. The third chapter, "Beirut,
2058," displaces anxiety from the past and its remnants and projects them onto a future apocalyptic realm. 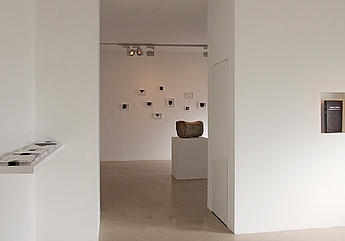