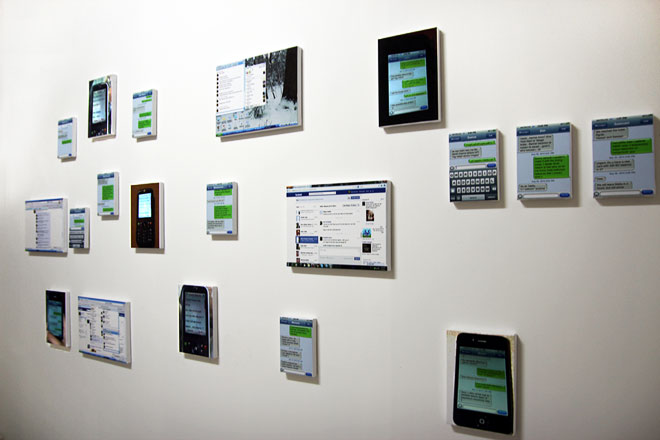 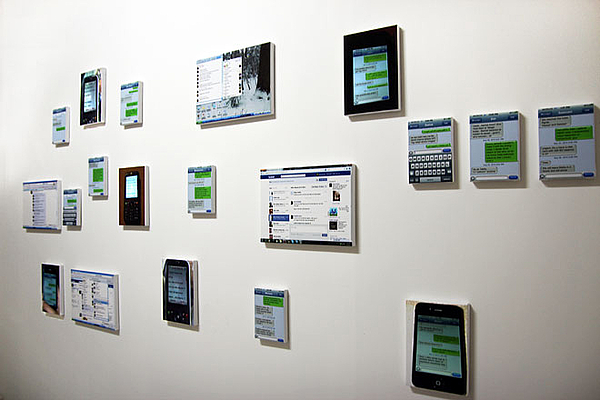 Anglo-Arabian. 2010
19 digital prints on canvas
The emergence of increasingly sophisticated technology and the Internet has created a new language in the Arabic-speaking world. Since many new technologies are designed with the Latin alphabet in mind, younger generations have developed a new way to communicate, replacing Arabic characters with Latin ones. Likewise, certain English words and phrases have become a part of the Arabic vernacular. The intention of this new "Anglo-Arabic" language was not to change the original, but people have become accustomed to it. While this new language makes it easier to communicate digitally, its increasing hold on younger generations threatens their cultural identities and native language.