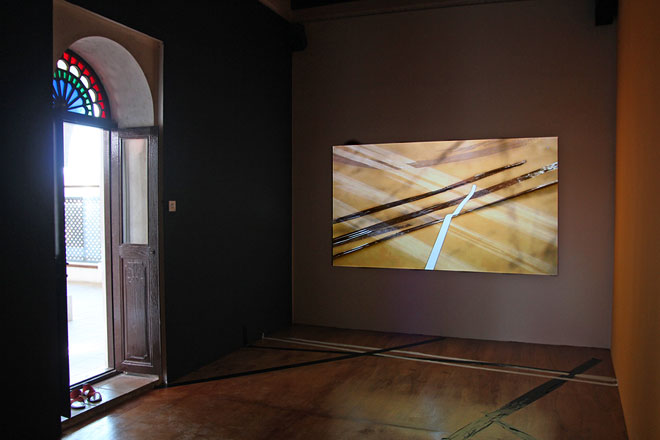 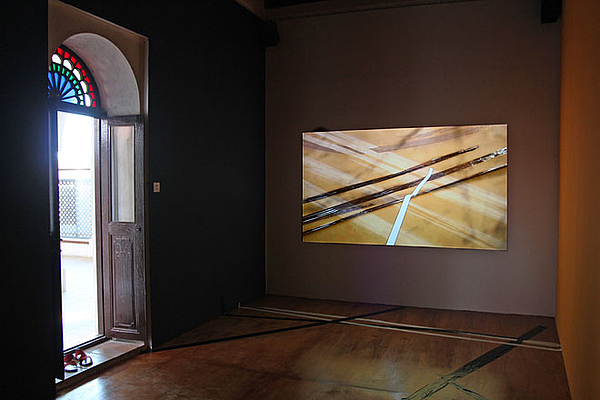 The members of Raqs Media Collective enjoy playing a plurality of roles, often appearing as artists, occasionally as curators, sometimes as philosophical agents provocateurs. In The Dislocation of Degree Zero, Raqs Media Collective transforms found aerial footage of desert landscapes in the United Arab Emirates into a moving inscription. The work takes shape as a digital drawing of ephemeral annotations to the fixed cartography of the geopolitical imagination. Lines float across vast distances as shadows and markings enter and exit the frame, challenging the arbitrary way in which we represent the earth: carving it into blocks of space hemmed in by borders, and slices of time boxed into hours.

Part 9 of the photo tour of Sharjah Biennial 11: Re:emerge. Towards a New Cultural Cartography, 13 March - 13 May 2013. Curator: Yuko Hasegawa. More than 100 participants.