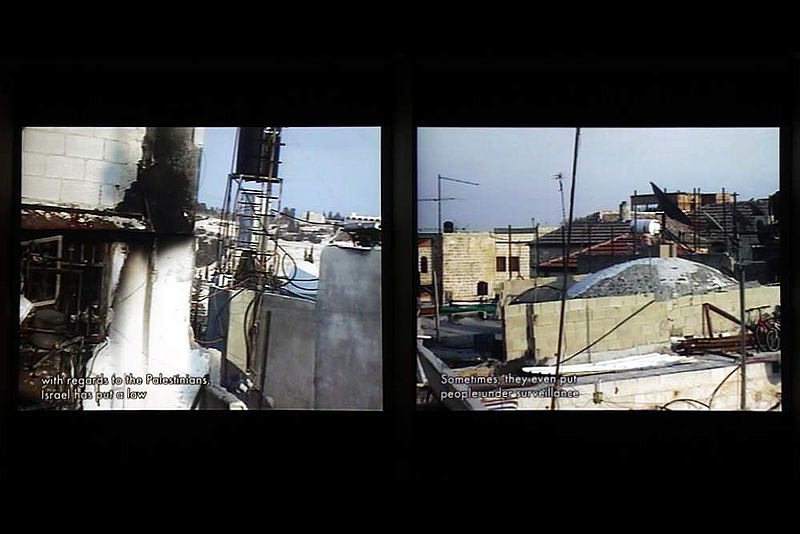 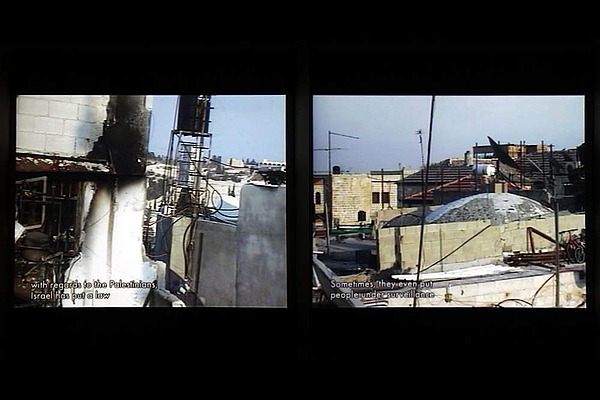 Artists' initiative, founded by Shaina Anand, Sanjay Bhangar and Ashok Sukumaran in 2007. Based in India.

A series of video probes into the landscape of East Jerusalem. Shot with a PTZ (pan-tilt-zoom) security camera, these images show that before and after instrumental “surveillance” there is inquisitiveness, jest, memory, desire and doubt that pervade the project of watching. Often the image leads the commentary.

At other times, the narrative spills out first and the live camera operator seeks an image that might provide evidence. Palestinian residents evaluate what they see, and reflect on the nature of their distance from others. They observe nearby archeological digs, their homes, the wall, both near and far settlement activity, and other seemingly mundane aspects of the relentless occupation of East Jerusalem.

The project unfolded over a month in neighbourhoods and homes in the Old City, Sheikh Jarrah and Silwan and in other areas of Greater Jerusalem including Beit Hanina and Azariyah. The project stems from CAMP and Shaina Anand’s earlier work around critical documentary, participation and surveillance systems.