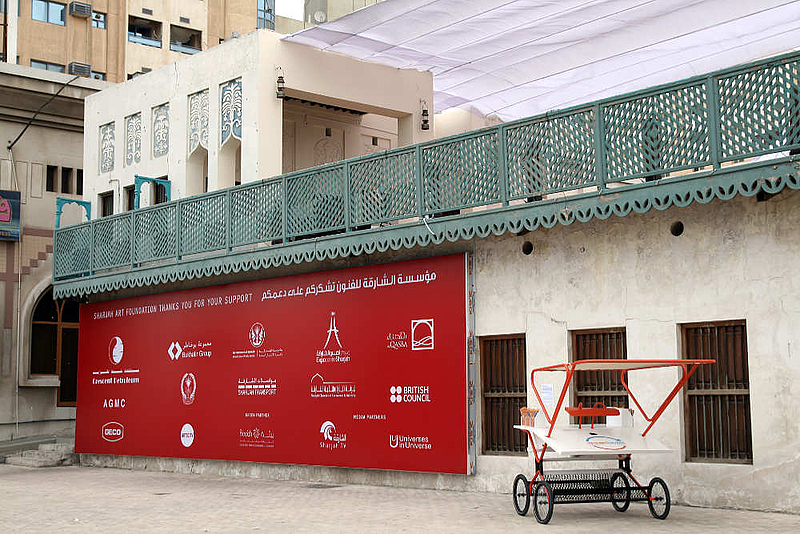 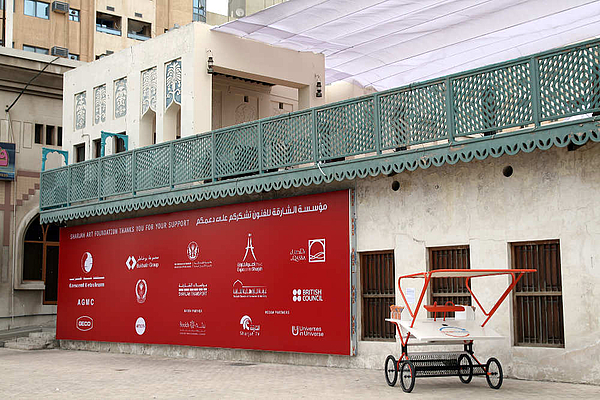 Alexis Bhagat, writer, and Lize Mogel, interdisciplinary artist, have collaborated on "An Atlas of Radical Cartography" since 2006.

The Sharjah InfoCart is a mobile kiosk that traveled to malls and outdoor public places in Sharjah including Al Qasba, Sahara Centre Mall, Rolla, and Al-Jubail bus station, during January and February 2011. Residents, workers and visitors were asked to participate by providing information about places that are important to their daily lives and to their community. This information was used to create the Sharjah CityMap. Unlike tourist maps, the CityMap reflects the complex experiences of people in Sharjah, with its ‘points of interest’ determined by those who live and work here. The CityMap is published in six languages and copies are distributed for free from the InfoCart during the Biennial.