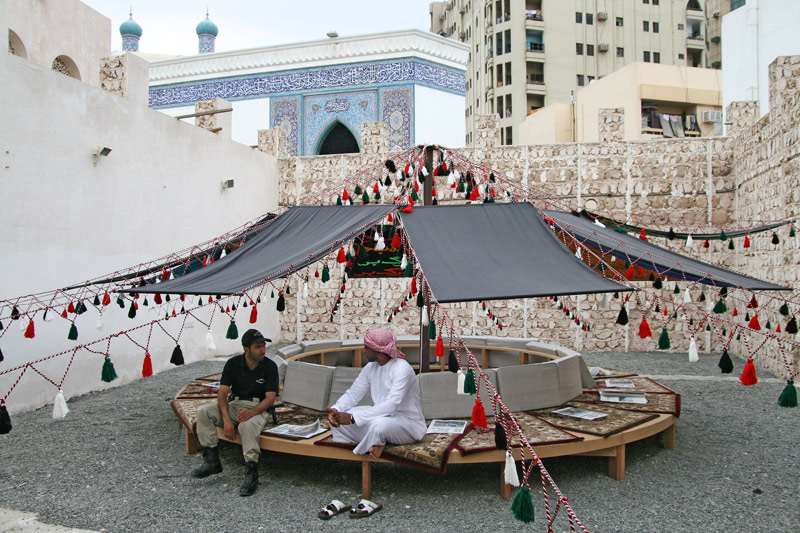 Sharjah Biennial 10: Plot for a Biennial

Plot for a Biennial

Curated by Suzanne Cotter and Rasha Salti, with Associate Curator Haig Aivazian, Sharjah Biennial 10 Plot for a Biennial is a multifaceted presentation of works and programs, spanning the disciplines of visual art, film, choreography, music, video and publishing, including more than 65 Sharjah Biennial Commissions.

Plot for a Biennial takes as its curatorial narrative the idea of a treatment for film, ‘scripted’ around a constellation of keywords that include Treason, Necessity, Insurrection, Affiliation, Corruption, Devotion, Disclosure, Translation. These terms operate as motifs and serve to frame explorations in both subject matter and aesthetic positions. Among the central themes is the assertion of individual subjectivity within the realms of culture, religion and statehood. Equally central are questions around the aesthetics of art as seduction and formal dissidence, and the production and communicability of art as both dubious and potentially transformative. Located within a web of etymological tracings, the concept of treason, a word that shares its Latin roots with trade and translation, provides multiple registers of interpretation, from betrayal to trade and translation, the latter being activities central to the economy, history and culture of Sharjah.

Drawing inspiration from the curators’ conceptual framework Plot for a Biennial, the exhibition will unfold in intriguing venues across the heart of Sharjah, including notable landmarks of Emirati architecture, Sharjah’s historic Cricket Stadium, traditional houses once abandoned and later converted into contemporary art spaces, as well as new temporary structures designed especially for Sharjah Biennial 10.

(From the curatorial statement and other press information)