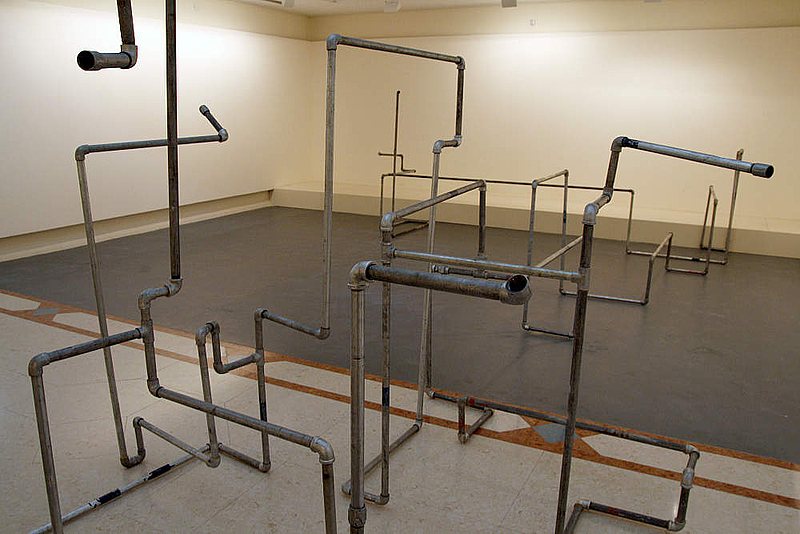 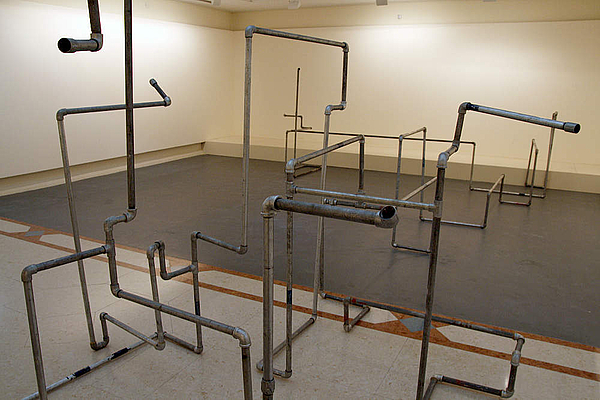 Through the pipes, and only audible when visitors pressed their ear to the open ends of the plumbing, a radio monologue by popular Indian talk show host A.S. Murthy could be heard. Murthy speaks in Kannada, a regional Indian language and also Gowda’s mother tongue, and therefore can only be fully understood by a small number of people.

Gowda first heard the monologue through a cheap radio given to her by her father and consequently she feels a sense of nostalgia when listening to Murthy’s words. She was struck by how the radio host, communicating through a modest medium in a colloquial language, would readily switch between personal anecdotes and international politics. For Gowda, the monologue represents a contemporary fascination with the world and a curiosity perhaps characteristic of an earlier generation.

Some Place draws attention to the act of listening and highlights the physicality and potential meaning of a language that for a foreign listener is received as a series of sounds. As Gowda explains: 'I was keen to present this monologue in a gallery context, as a found element. I wished to make the act of listening a visible and a deliberate act and therefore chose to construct an abstract grid of metal water pipes as a sculptural network with several open ends, to which the listener can "lend an ear." The sound is contained in the pipes as the "content" is in the language and transmitted to the listener. When a language is incomprehensible, its sound construct becomes a projection of possible interpretations, an abstraction.'

Part 1 of the photo tour through Sharjah Biennial 9, 19 March - 16 May 2009. Exhibition 'Provisions for the Future', Curator: Isabel Carlos, 58 participants.