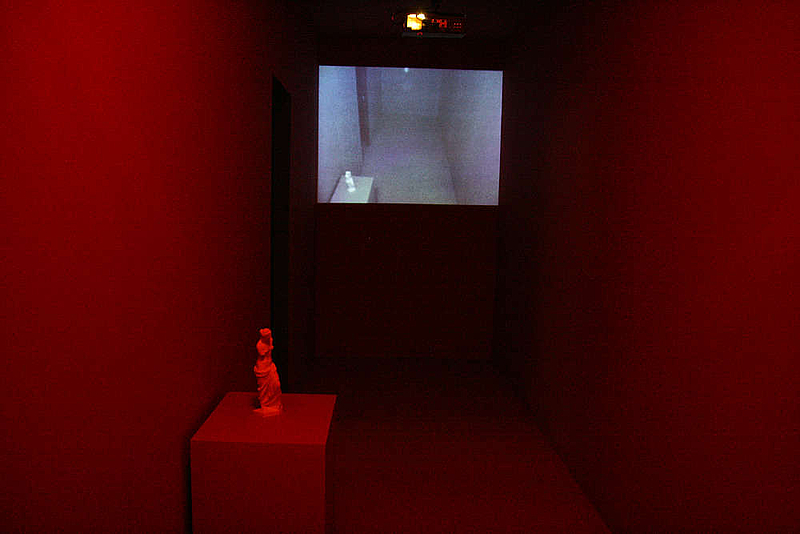 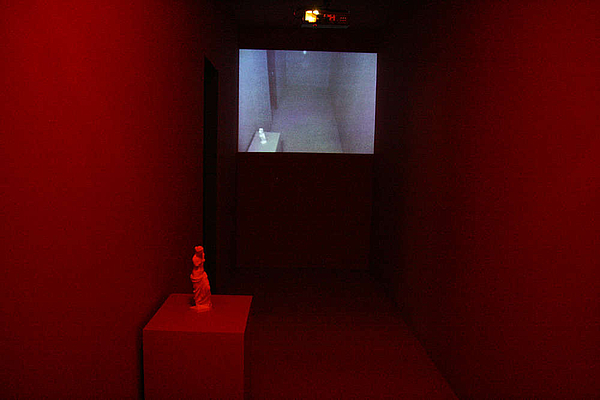 The work required visitors to enter and move through the rooms alone, where they crossed sensors, activated cameras and set off projections, lights and sounds.

Three Triptychs plays with the idea of reminiscence and loss – images and sounds appear and disappear and resonate with forms of dreams or fragments of history. As Joreige states, 'They may refer to war, to childhood or to familiar yet undefined places or persons, appealing to our unconscious and past experiences.' The work evokes melancholy through music based on Charbel Haber’s From the Canaries, and with an interactive interface and effects by Tarek Atoui it taunts the viewer’s unconscious and possible fears. Inspired by the concept of Overturn (Jalal Toufic) and the iconic works Solaris (Tarkovski), Orphée (Cocteau) and Twin Peaks (Lynch), along with paintings by Francis Bacon, Joreige uses melancholy as a central element to reference and thread together the works in the installation, exploring notions related to the rupturing of time, loss and death.

Like much of Joreige’s work, Three Triptychs uses archival documents, film, music and fictitious elements to reflect on the relationship between individual stories and collective histories. Her work is rooted in her experience of her country and explores the representation of wars and their aftermath, particularly in Beirut, a city at the centre of her imagery.

Part 3 of the photo tour through Sharjah Biennial 9, 19 March - 16 May 2009. Exhibition 'Provisions for the Future', Curator: Isabel Carlos, 58 participants.