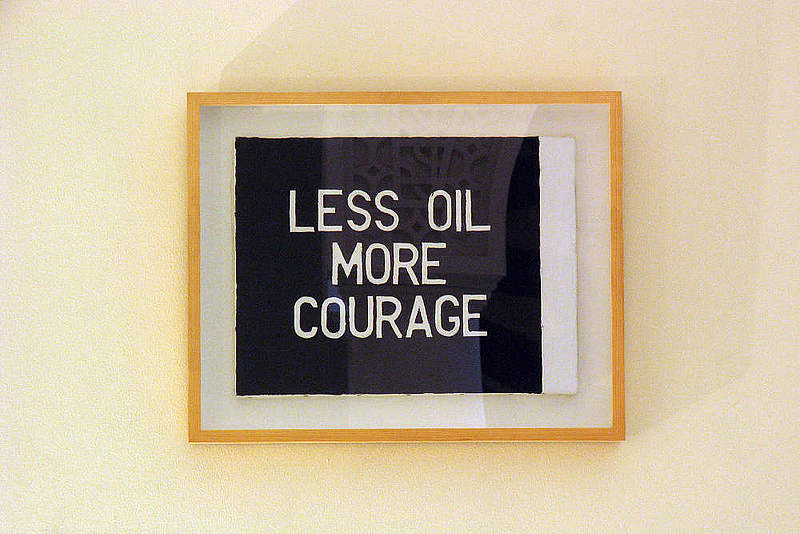 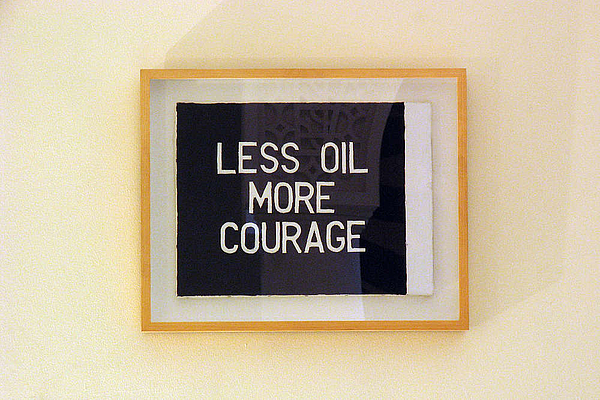 next
more
Rirkrit Tiravanija: Less Oil More Courage, 2007. The painting is a portrait of the ruler of Sharjah.
© Foto: Haupt & Binder, Universes in Universe

Tiravanija adopts late painter Peter Cain's notebook entry "More courage less oil" that he received reproduced on the front of an invitation card. Whereas Cain probably referred to his own production as an artist, the restructured sentence and the Gulfstate context evoke special associations. The work was shown on the stairway to the upper floor of the Sharjah Art Museum and in light boxes at some streets of the city.