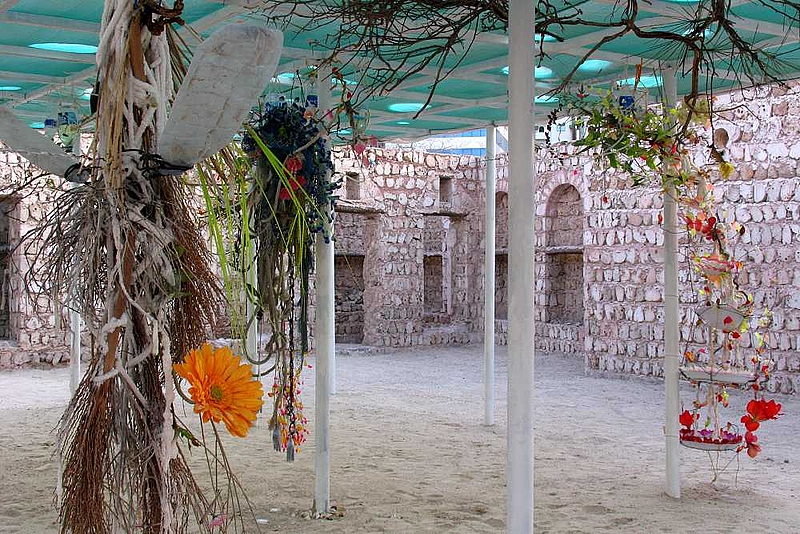 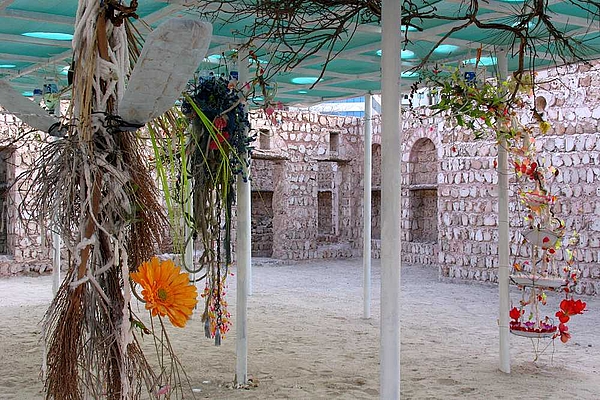 The artists about their work

This garden is situated in one of the old courtyards of the heritage area in Sharjah. The nutrients for the garden are the waste products of the desalination plant. Huge quantities of energy are used to transform enormous amounts of seawater into freshwater. The leftover product of this process is brine: it consists mostly of water and salt, along with some chemical by-products, and is thrown back into the sea.

In our garden we transform this waste product into growing salt-crystal plants. Through a 3-metre-high hanging and branching-out hose system, the saltwater (brine) reaches used drinking bottles. From these points it drips slowly along ropes and fabrics onto vegetation that is made out of artificial flowers, garbage and real dried plants from Sharjah. During this dripping process the water evaporates and salt crystals begin to form, building up and extending these plants. The visitor can walk under the house system through the garden and have a close look at the amazing salt-crystal plants.

© Gerda Steiner & Jörg Lenzlinger. From the catalogue of Sharjah Biennial 8, 2007.