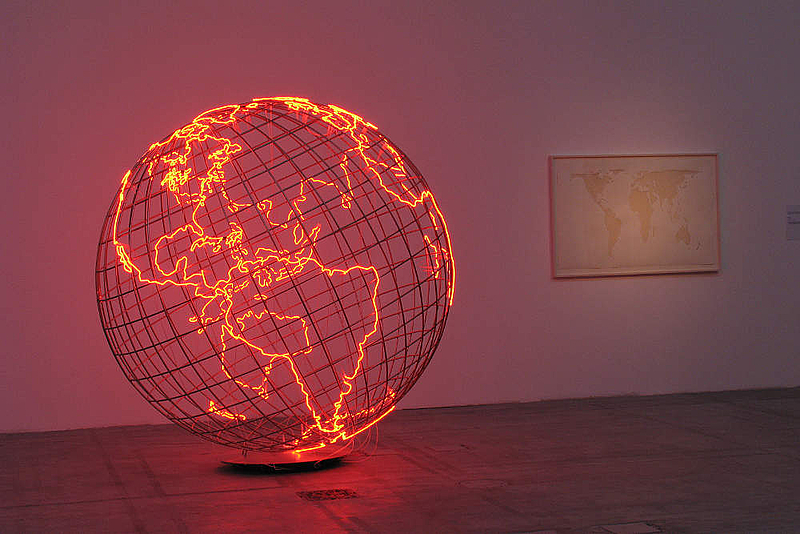 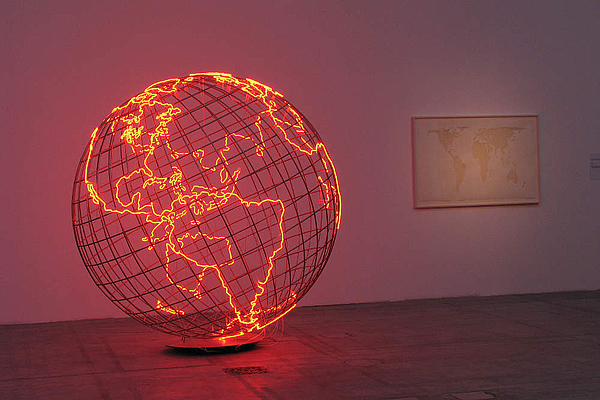 The artist about her works

I have recently created two works, both depicting a world map, that relate to environmental issues, in particular the concern over global warming.

Hot Spot (2006) is a cage-like steel globe, approximately the size of a person’s height and arm span, which tilts at the same angle as the earth. Using delicate red neon to outline the contours of the continents on its surface, the work buzzes with an intense energy, bathing its surroundings in a luminescent red glow. It is both mesmerising and seemingly dangerous. On the one hand it suggests that the whole world is a political hot spot caught up in conflict and unrest; it also points to global warming, an impending concern.

The other map is a work on paper entitled Projection (2006) using the new ‘Peters’ projection, a more egalitarian map, as it shows all areas in true proportion and corrects the distortions of the traditional maps with their dominant northerly perspective. It is a white on white work that uses cotton and abaca to create a positive–negative reversal where the continents appear as submerged recesses, as if they have been etched or eroded. The title “Projection” was chosen to imply projecting or looking into the future. This again can be seen as a portrayal of an apocalyptic view of the world.