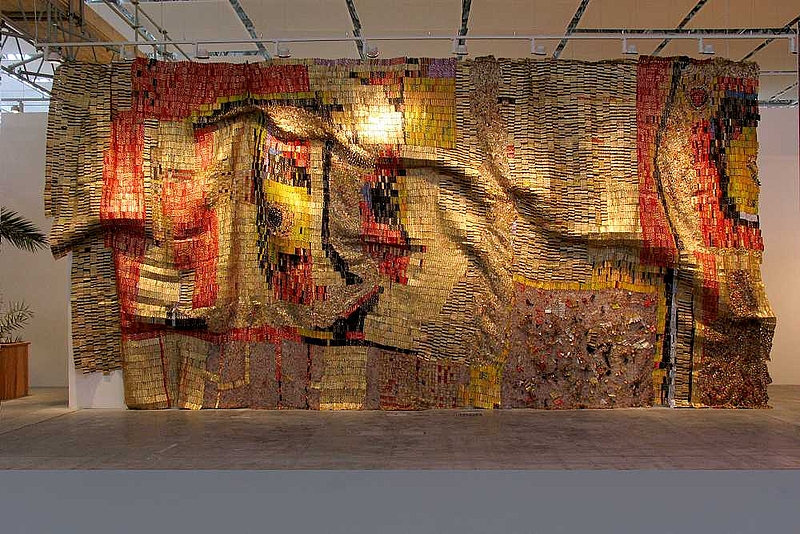 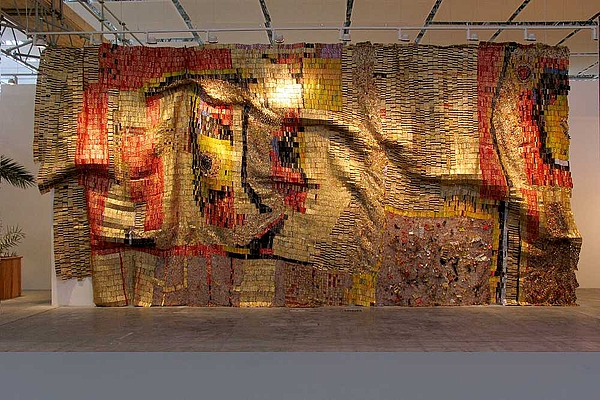 The work for this biennial can be looked at from two perspectives: the medium and the process. Liquor bottle- tops to me represent the collective soul of the bottles of schnapps, rum, gin etc., which were brought to my continent several centuries ago, ostensibly by traders to establish a bridge between peoples, and their links with the infamous transatlantic triangular trade and subsequent impoverishment of parts of the earth. The process, consisting of manually and individually ripping, rolling, crumpling, twisting, folding, bending and piercing these tops and stitching them into a large continuous sheet, not only attempts to valorise an evolutionary pace of doing things but also references the commonalisation and cheap rating of labour – human labour, over the greater part of the planet.

Wrinkle Of The Earth could be saying several things, or is probably just a scroll essaying themes of permeation, binding, yoking, opulence, bleakness: the textures, patterns and complexions of the globe, resulting from age-long human actions and interactions.