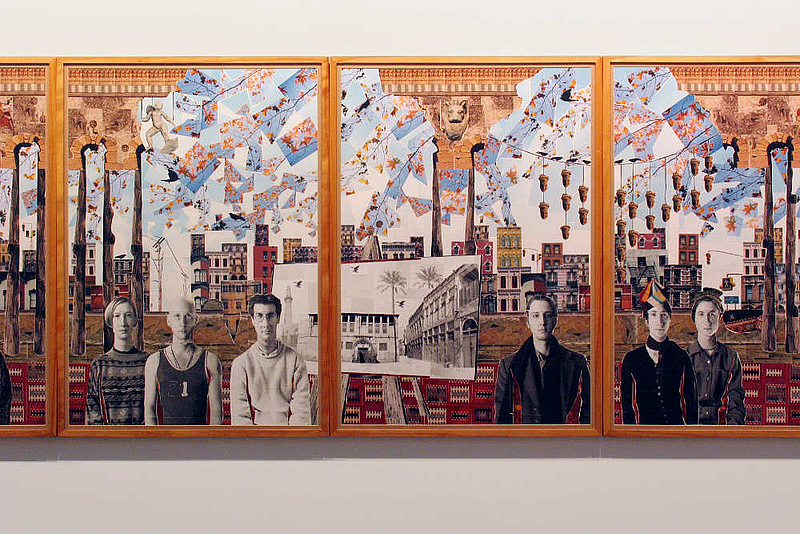 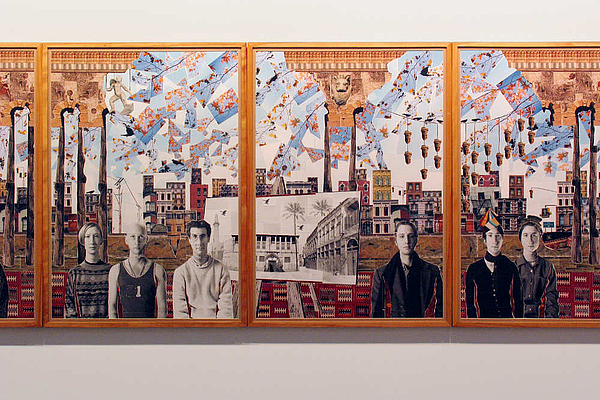 Cultivate Your Garden. 1998
Photocollage on paper

Cultivate Your Garden is a spiritual journey that I undertook in response to my sense of helplessness faced with my inability to change the world around me. My idyllic childhood was ripped apart by the Lebanese civil war, the same war that forced me to leave Lebanon as a young adult. I haven’t returned since.

The "Cultivate Your Garden" suite is an autobiographical work that examines the intrinsically intertwined concepts of home, identity and belonging. It is inspired by Voltaire’s literary classic, Candide, in which Voltaire ridicules the optimistic theory of "all is for the best in this best of all possible worlds". Candide, the naïve hero of the story, learns this philosophy of life and goes on a series of adventures where he experiences the disasters of war, hunger, sickness and torture. He settles down at the end of the novel to cultivate his garden and seek fulfillment from the modest routine of everyday life.

In this work though, there is a twist to the original story. Because of the Lebanese civil war, I had to leave Lebanon and look for a garden to cultivate. Drawing upon my early vernacular photography, I constructed a mythical landscape. This monumental photographic installation composed of seven panels is populated by sombre, monochromatic, Modigliani-esque figures that dominate the foreground in stark contrast to the rich and colorful background. A hybrid of Beirut, New York, Paris, Bahrain, Turkey, Greece and Canada — places that at one point or another in my life I called home, the dreamscape represents my surreal home and resonates a sense of displacement.

© Camille Zakharia. From the catalogue of Sharjah Biennial 8, 2007.