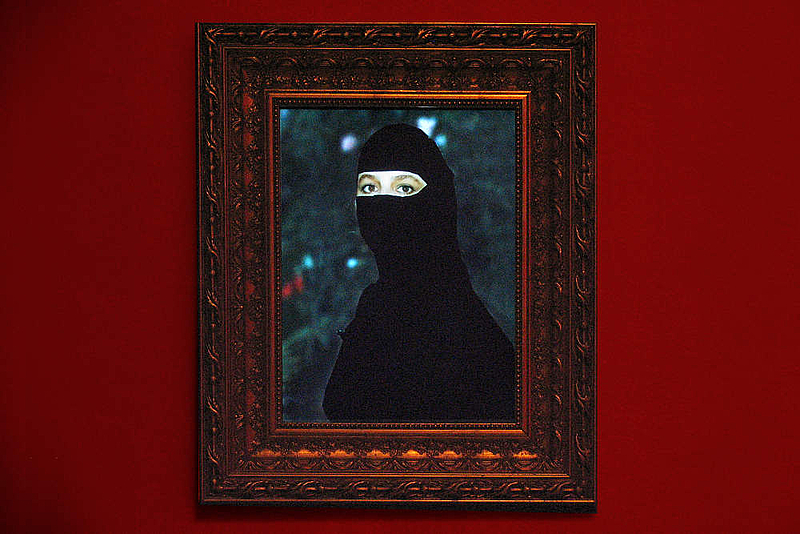 This piece is part of my marriage-of-convenience series called Wanted [Urgent in French). The work is my self-portrait as a bride, and like all of my work it considers identity.

The Wanted project started in 1997 when I received an expulsion letter from the French Ministry of Interior telling me to leave the French Territory immediately (they refused to renew my permit to stay). I then decided to advertise for a marriage of convenience, in order to find a husband (passport). I have many versions of these posters. The project started in 1997, when I was 30, and it continued until I got a residency permit for France in 2002.

After that, I decided to continue my project politically. Actually my decision was to keep alive the subject of illegal people even though I had solved my personal problem. The project is now not only a personal one but also universal. The problems of clandestine people are universal-there are displaced people everywhere who want to leave and set up roots in a new country.

Now that I have my residential card, and since 2003, I am offering marriage to an illegal man. This project is (still) a work in progress, and I am developing it in different countries worldwide (it will have different forms).

© Ghazel. Published in the catalogue of Sharjah Biennial 7, 2005.