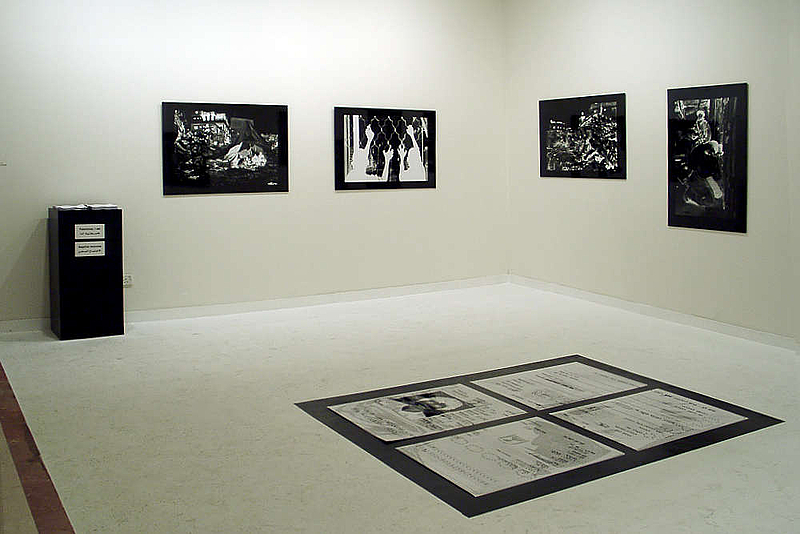 Palestinian I am. 2003
From the series: Negative Incursions. 2002
Photographs

Rula Halawani about her work

Everyone wants to have an identity. This is the right of every individual. An individual has the right to choose who they are. The Israeli authorities believe there is no such thing as a Palestinian. In many ways, identity is the most fundamental thing in each subject's life and gives to every person a feeling of belonging and location. For me, my nationality is my identity, my land is my identity.

On 7 June 1967, the Israeli army completed its occupation of East Jerusalem and the West Bank. Ignoring the United Nations and the international community's position and violating international law, the Israeli government unilaterally decided on 25 June 1967 to annex occupied East Jerusalem. Israel considers Palestinians who live in Jerusalem as mere residents in the state of Israel and not citizens. Thus, they have no rights as citizens, but have to shoulder the burden of residency.

When I was eighteen years old, I applied for my first travel document; I completed an application form on which I stated my nationality as a Palestinian. When I received my travel document back from the Israeli authorities, had been changed to Jordanian. I have no choice but to carry, until this day, a travel document, stating my nationality that is not of my choosing and one that I feel does not represent me.