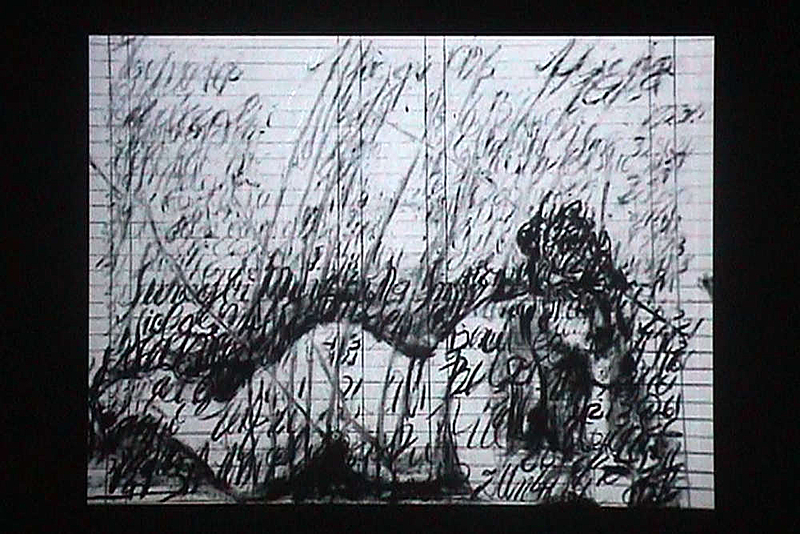 The film is based on Italo Svevo's 1923 novel of the same name. "By resituating Zeno's Trieste in the suburbs of 1980's Johannesburg, Kentridge explores once again the intricacies of growing up and living as a white South African under apartheid." (catalogue)