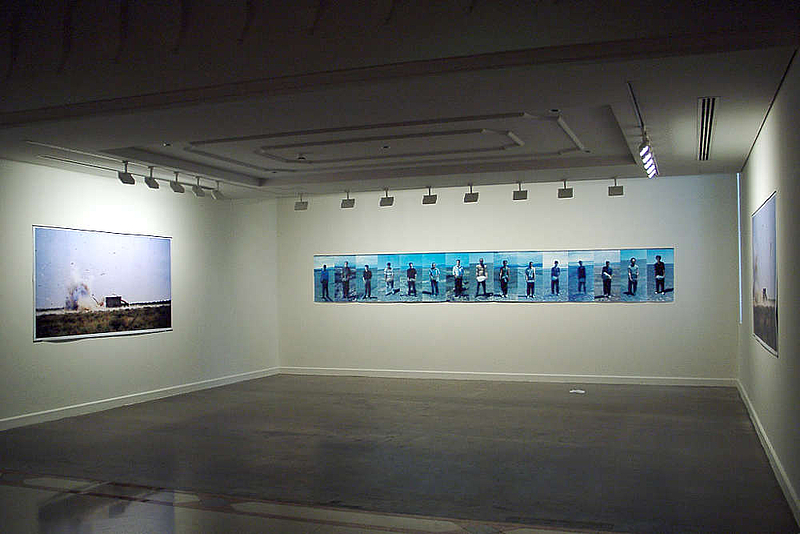 After One and a Half Million Years. 2002
Photographs of his performance in Xinjiang province with local people in dialogue with the landscape

Beyond Mountains and Skies. 2002
Photographs of his performance in Xinjiang province. The artist tries to push a large block of concrete, while on the opposite side there is an explosion of fireworks.