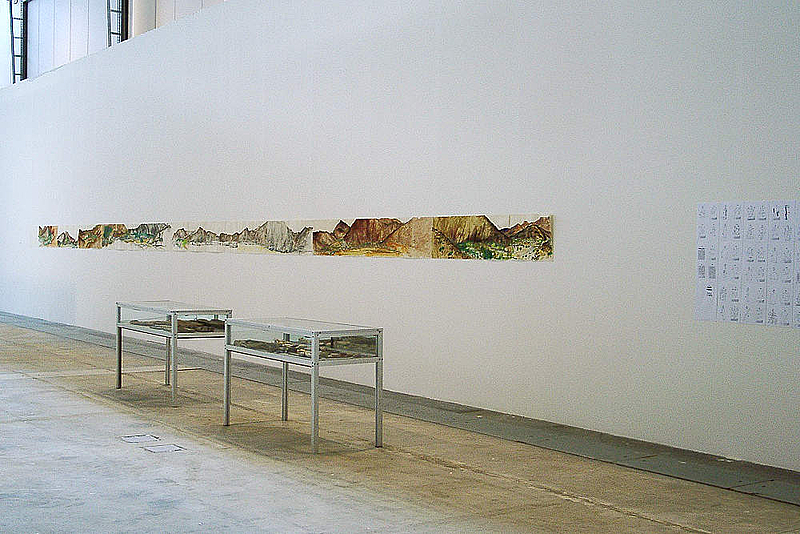 Each time when his mother Aischa Al-Hamidi came from Al-Ghena in the region of Madha to visit him and did not meet him at home she left a sign at his door. She took objects that she found close to his house and used them as a message indicating, for example, the importance of her visit. Though only some of the meanings were explained to him by his mother, he learned to decipher the meaning of the others by intuition over time. Material objects became symbols of words. It was an unambigious sign language that did not require alphabetic letters, a traditional means of communication that was used by his mother because she could not read or write. The analysis of this means of communication fascinated Abdullah Al Saadi.

Within two years he collected 47 objects. He began to study and categorize them and finally presented them als relics of a lost culture.

... The work of Abdullah Al Saadi reminds of the fact that Bedouins used to pass on their traditions orally. With 'letters of my mother', Abdullah Al Saadi has been researching the fragments of his own culture characterized by the Bedouin culture.

(From a text by Annette Lagler. In: 5/U.A.E., Contemporary Art of the "Five" from the United Arab Emirates. Exhibition at the Ludwig Forum for International Art, Aachen/Germany. 6 September - 17 November 2002.)

Video about 'Letters of my mother'