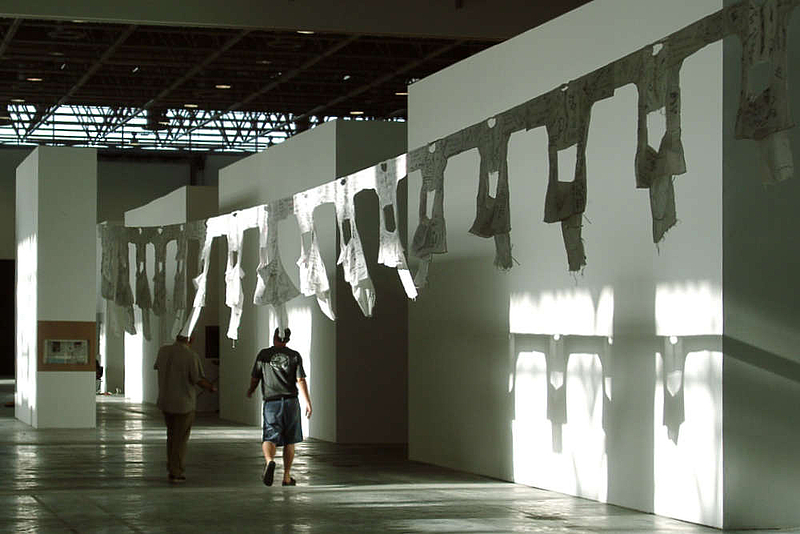 Zain Mustafa had the 21 kurtas (the unisex clothing of Pakistan) signed and inscribed by participants of the New York's protest rally against the war in Iraq on Febraury 15th, 2003. In Sharjah they were hung according to size, and with their backs cut open.

During the opening ceremony, Dr Sheikh Sultan bin Mohammad Al Qasimi, Ruler of Sharjah, took the initiative of signing a piece as well.