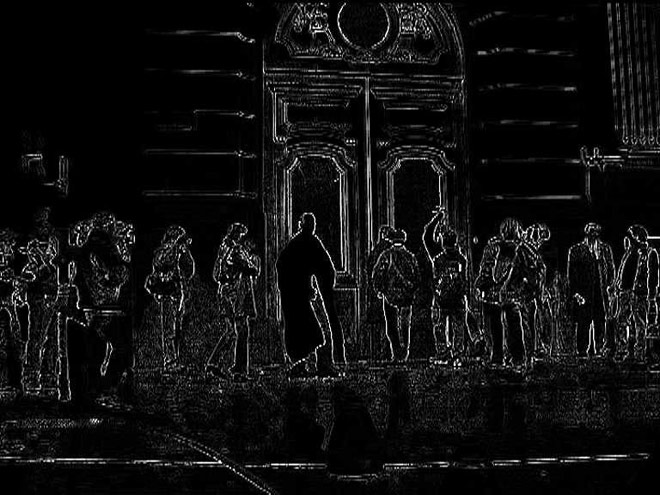 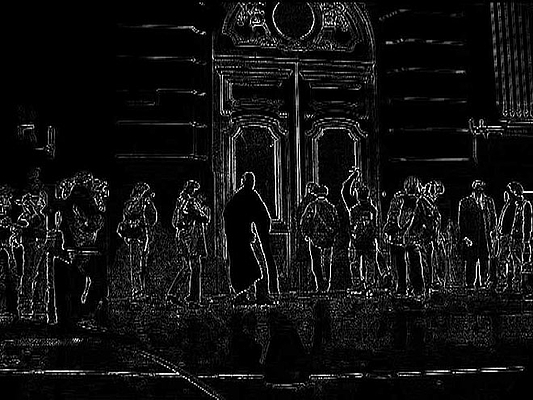 Lucharemos Hasta Anular la Ley, 2004
Video, 10’04”
Lucharemos Hasta Anular la Ley plays with the voyeurism of those who look through the keyhole of the media in a historically significant situation of upheaval or disquiet. Diaz Morales uses fragments of a spontaneous video documentary of the storming of parliament in Buenos Aires and (re)animates it to a filmic collage in a black-and-white animation-film aesthetic. Influenced by the collapse of Argentina’s economy in 2001, he does not develop an archivist view of the past. At no point does the film reveal who the subject or the object of history is here and, nonetheless, the schematic happenings awaken vague memories of forms of political protest and collective organization.

Sebastian Diaz Morales uses film, video, and installation to explore narrative possibilities built between documentary and fiction. His works have been shown at institutions like London’s Tate Modern; Paris’ Centre Pompidou; and Amsterdam’s Stedelijk Museum. He was awarded at the 17th Contemporary Art Festival Sesc_Videobrasil (2011). He received artist residency scholarships from the Guggenheim Fellowship, New York (2009) and the Mondriaan Foundation, Amsterdam (2001).