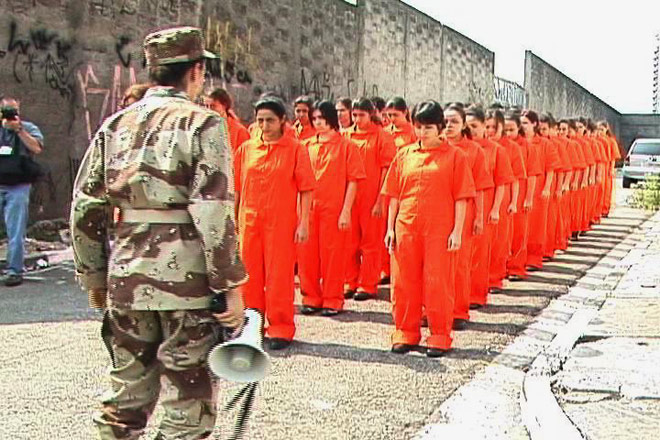 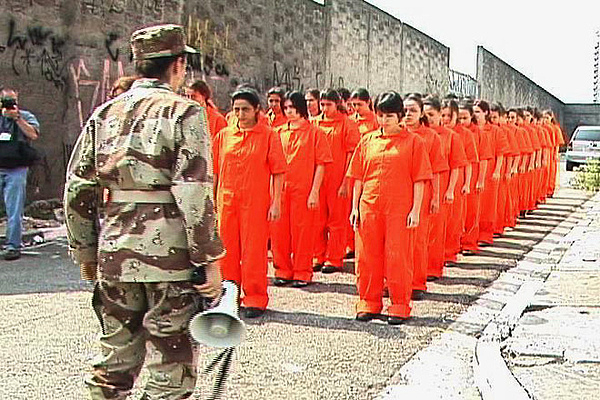 The action’s leitmotif are the scandalous photographs that revealed the tortures inflicted by the U.S. army upon war prisoners in Abu Ghraib, 2004. The prevalence of women among the torturers shocked the artist. In the action, she impersonates a commander who humiliates and submits young, passive female prisoners, forcing them to kneel down and ‘clean up’ with toothbrushes the street facing the United States Consulate, in São Paulo. Bare Life Study was presented in 2005, at the 15th Contemporary Art Festival Sesc_Videobrasil.

Coco Fusco is an interdisciplinary artist, researcher, and professor with the University of Columbia, in New York. Her videos, installations, essays, and performances explore the psychosocial dynamic of encounters between cultures. She has shown works in the Whitney (New York), Sydney, and Johannesburg biennials, and in festivals such as Transmediale and Videobrasil. Fusco is the author of essays such as The Bodies that Were Not Ours and Other Writings (2001) and A Field Guide for Female Interrogators (2008).