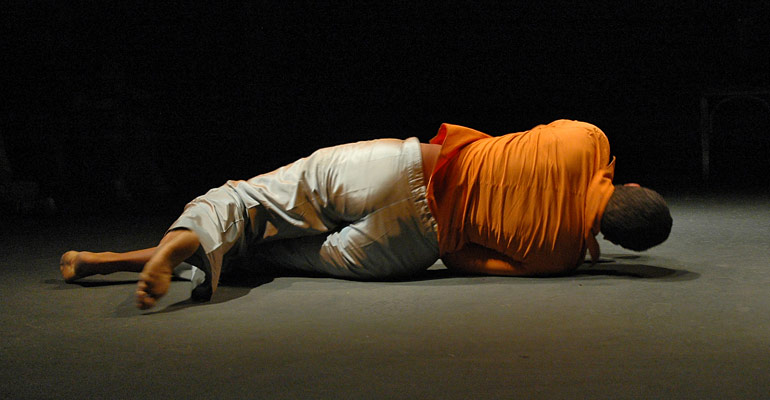 A Historic Look at the Videobrasil Collection

After Brazil, the exhibition
travelled to several countries

The travelling version of the exhibition Unerasable Memories – A Historic Look at the Videobrasil Collection is on view at the Museo de Arte Contemporáneo in Vigo, Spain, from September 11 until February 7, 2016.

Additionally, its artworks will be topics of debate in the Sense of Doubt. Resisting Oblivion art-science project, which runs from September 10 to October 11, at the Museum Angewandte Kunst, as part of the program of the B3 Biennial of the Moving Image, in Frankfurt, Germany.

The first major show to feature exclusively Videobrasil Collection pieces, in a co-production with Sesc São Paulo, premiered at Sesc Pompeia, São Paulo, in August 2014, as the newest addition to a growing set of strategies designed to keep the Associação’s collection active and in touch with the world. In June 2015, the exhibition tour began in Buenos Aires, Argentina (at MALBA, Univesidad Torcuato Di Tella and the Embassy of Brazil). Before the end of 2016, Unerasable Memories will travel to Mexico as well. 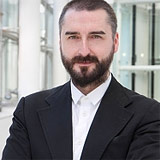 Curated by Agustín Pérez Rubio, the show "Unerasable Memories – A Historic Look at the Videobrasil Collection" looks back on controversial and conflictual episodes based on the personal perspectives of renowned artists, including Rosângela Rennó, Akram Zaatari, Bouchra Khalili, Coco Fusco and León Ferrari.

From the "discovery" of Brazil by the Portuguese to the military coup d’état in Chile, including the September 11 attacks in the US, the Tiananmen Square Massacre in China, and the civil war in Lebanon... There are many ways one could recount — or attempt to erase — stories that are kept alive through the sensitivity and the art of myriad artists from those areas. The showUnerasable Memories – A Historic Look at the Videobrasil Collection features pieces that help retrieve events and conflicts often interpreted based on the official versions of those who came out the victors, yet still resist in personal narratives made public through art. The show is curated by Agustín Pérez Rubio, recently appointed as art director for Malba (the Latin American Art Museum of Buenos Aires, Argentina), who has pored over the institution’s collection to handpick 18 pieces of strong political and social content, at the invitation of Solange Farkas, curator, founder and director of Associação Cultural Videobrasil. The exhibition will present work by internationally known artists such as Lebanon’s Akram Zaatari and Walid Raad, the US’ Coco Fusco, Morocco’s Bouchra Khalili, Argentina’s León Ferrari and Brazil’s Rosângela Rennó and Jonathas de Andrade.

Following a guests-only opening on August 30, 2014,Unerasable Memories – A Historic Look at the Videobrasil Collection will remain open from August 31 to November 30 at Sesc Pompeia (São Paulo, Brazil). Enabled by a 20-year-plus partnership between Associação Cultural Videobrasil and Sesc São Paulo, the show is a continuation of the major international exhibits held in São Paulo in-between Festival editions, featuring pieces by artists of the likes of Joseph Beuys,Olafur Eliasson, Isaac Julien, Peter Greenaway and Sophie Calle. However, Unerasable Memories is a watershed event, since it is the first major exhibit based on the Videobrasil Collection currently consisted of over 3,000 titles, including publications, documents and approximately 1,300 video works produced from the 1980’s onwards, by artists from the Geopolitical South of the world — Videobrasil’s curatorial focus, comprised by countries in Latin America, the Caribbean, Africa, the Middle East, Eastern Europe, South and Southeast Asia, and Oceania. From an immersion into this complex and assorted universe, Agustín Pérez selected works sharing themes such as state violence, political borders and prejudice.

In Coco Fusco presented in front of the USA Consulate in São Paulo, and whose video recording is featured in the show.

In Four selected videos from The Mapping Journey Project. In it, over the cold and precise outlines of a world map, immigrants narrate heartbreaking stories of displacement. Routes traced with pen and memories.

Unerasable Memories – A Historic Look at the Videobrasil Collection also includes artworks such as Rabih Mroué(Lebanon).

For the duration of the exhibition, meetings with artists, curators and researchers will also take place as part of the Public Programs, a set of strategies employed by Videobrasil to boost and extend the show’s reach. 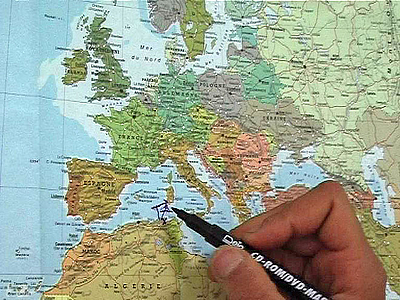 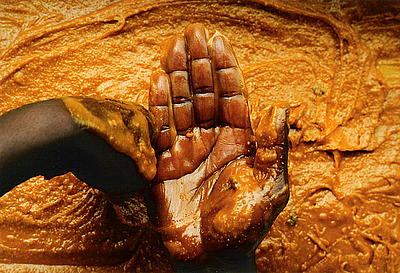 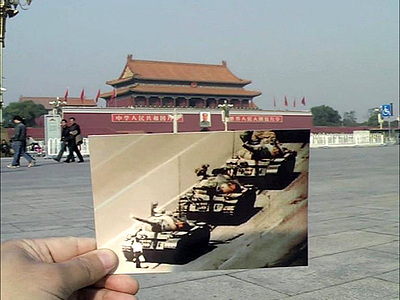 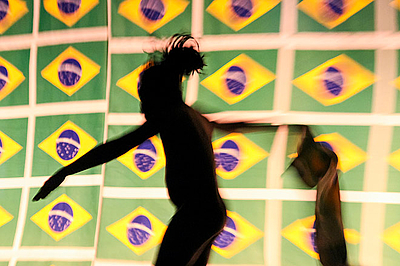