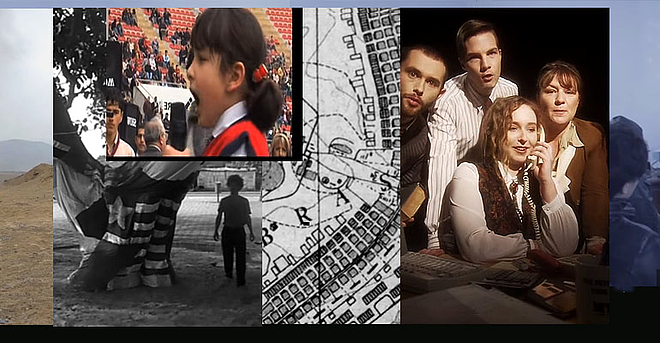 GRAND PRIZE: Hui Tao, China
Talk about body, 2013, video
The winner of the Grand Prize of BRL 75,000 was Hui Tao (China), for his video Talk about body (2013). It discusses the coexistence of different times and cultures, urban and rural settings, and traditions and progresses that grow outdated and reinvent themselves. Sitting on his bed, dressed like a Muslim woman, he describes himself. According to the jury, “In a wholly unassuming way, Tao’s video engages with some of the most pressing issues of our times: race, gender, religious traditions, the importance of listening to the other, and the importance of seeing oneself… all of this with the potential to create a much-needed sense of radical empathy in our world, in these times.”

RESIDENCY PRIZES
The Residency Prizes, first awarded in 1990, help usher in a new artistic and cultural cartography. The selected artists undertake two-month residencies at Videobrasil Residency Program partner organizations around the world. Thanks to Videobrasil’s becoming a part of a vast network of collaborators, the program already spanned all five continents, and for the 19th Festival it will cover Latin America, North America, Europe, the Middle East and Asia, bringing together the South-South and South-North axes.

SPECIAL PRIZE: Haroon Gunn-Salie, South Africa
This year, the Festival awarded a special prize to a piece that is not a part of the jury’s selection pool: the SP-Arte/Videobrasil Prize. The artist Haroon Gunn-Salie (South Africa), featured in the Festival with his sculpture Sunday Best (2014), will have a solo exhibition slated to open during the São Paulo International Art Fair in April 2016, at Associação Cultural Videobrasil’s headquarters Galpão VB.