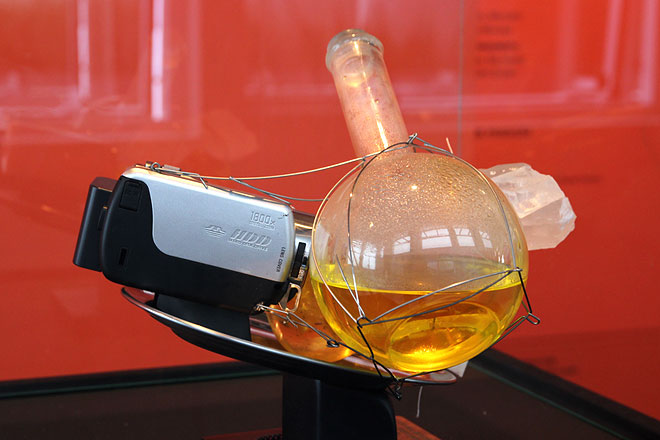 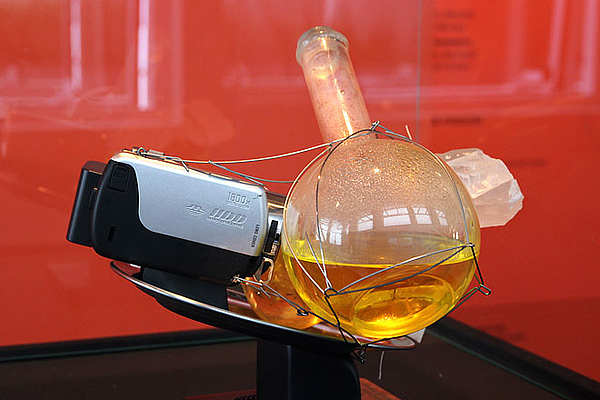 The 17th Festival trophy was created by Tunga, a Brazilian artist well-known on the international contemporary art circuit. In the sculpture/object, elements from the artist's own poetic repertoire, such as crystal and liquid amber, contained within a metal mesh, envelope a video camera and half-obscure its lens. The fully-functional camera-trophy affords a view that has been irremediably tampered with by the artist. The trophy has been delivered to the artists awarded the Grand Prize in cash and the eight residency prizes to be offered by the Festival in 2011.
(From the official website)
>> Winners, more information