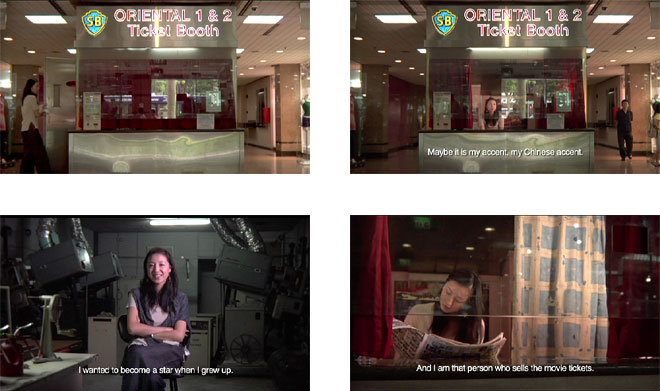 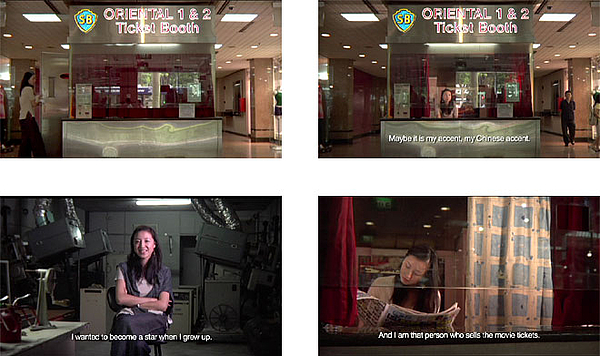 Tickets. 2010
Video, 10'17"
Situated somewhere between documentary and fiction, this video depicts a Chinese woman who goes to Singapore to become an actress, but ends up working in the box-office on an old cinema instead. In addition to the movie theater and its image repertoire, themes such as diaspora, cultural identity, and belonging emerge.
(From the short guide)

Works by 23 participants, including the screening room.