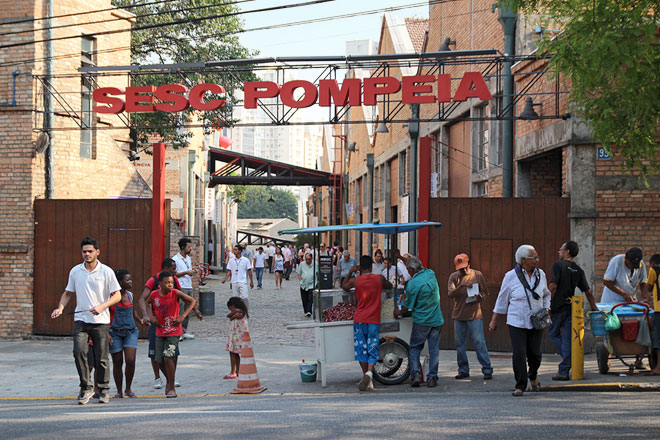 Your body of work is the first solo exhibition of Olafur Eliasson in South America. Conceived by the artist especially for, and in response to, the Brazilian city of São Paulo, the exhibition features eleven site-specific installations that invite the public to experience perception of color, spatial orientation and other forms of engagement with reality.

At SESC Pompeia, a former drum factory transformed into a cultural center in the 1980s, Eliasson’s conceptions are met with the generous spaces the Italo-Brazilian architect Lina Bo Bardi (1914 - 1992) designed for the fruition of the local population. The exhibition, which is spread throughout internal and external areas, was devised to dialogue with the various uses of the venue as a spot for reflection, learning, leisure and entertainment.

A set of works involving colour, light and smoke transforms this 1,500 meter-squared center into a labyrinth of sensorial experiences. In the contiguous exhibition area, configured as a cinema theater, Eliasson plays with the concept of the after image – the counter-image that lingers on the retina when exposed to light – and scenes of São Paulo taken by the Brazilian filmmaker Karim Aïnouz.

The other two venues are:

Pinacoteca do Estado
4 works (3 new), focused on experiments with the mirror to dialogue with the building’s architecture.