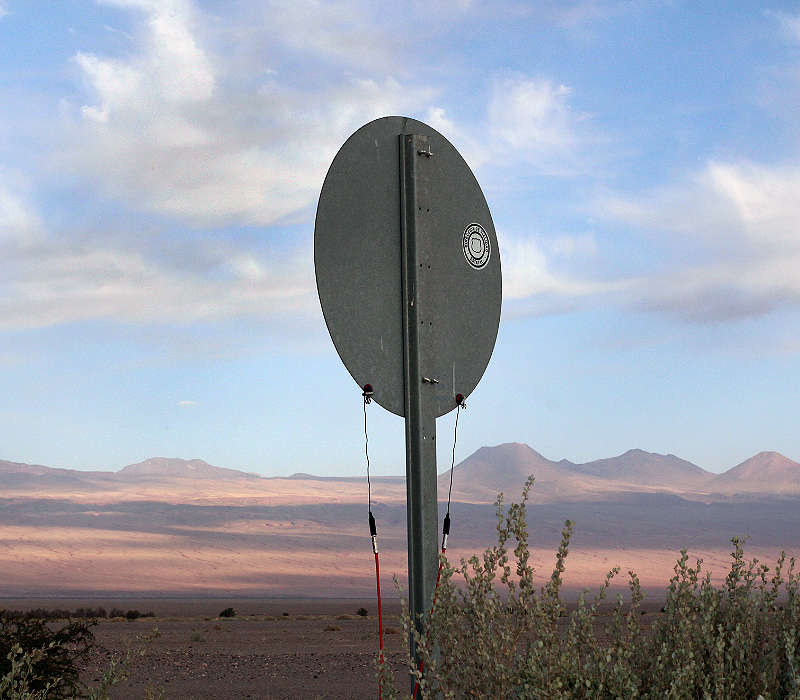 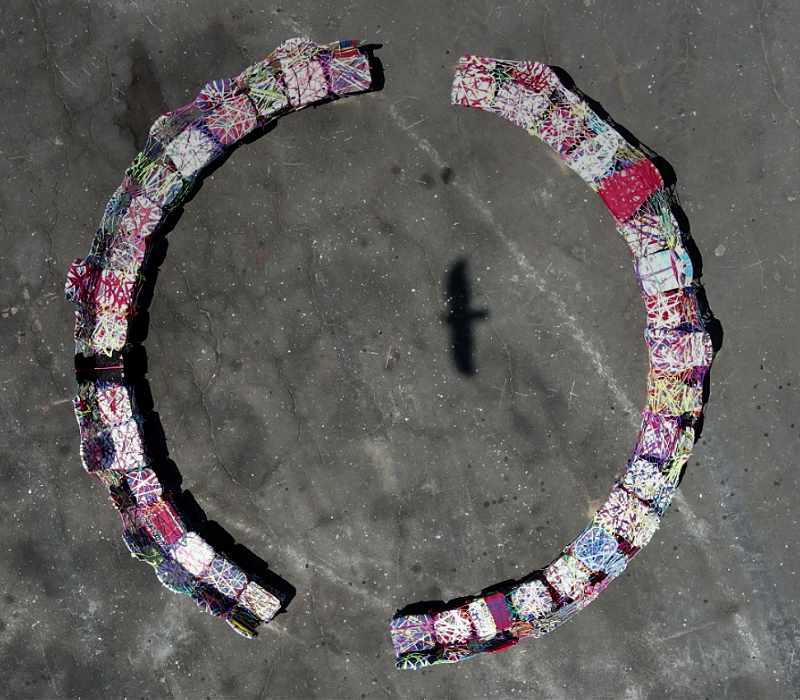 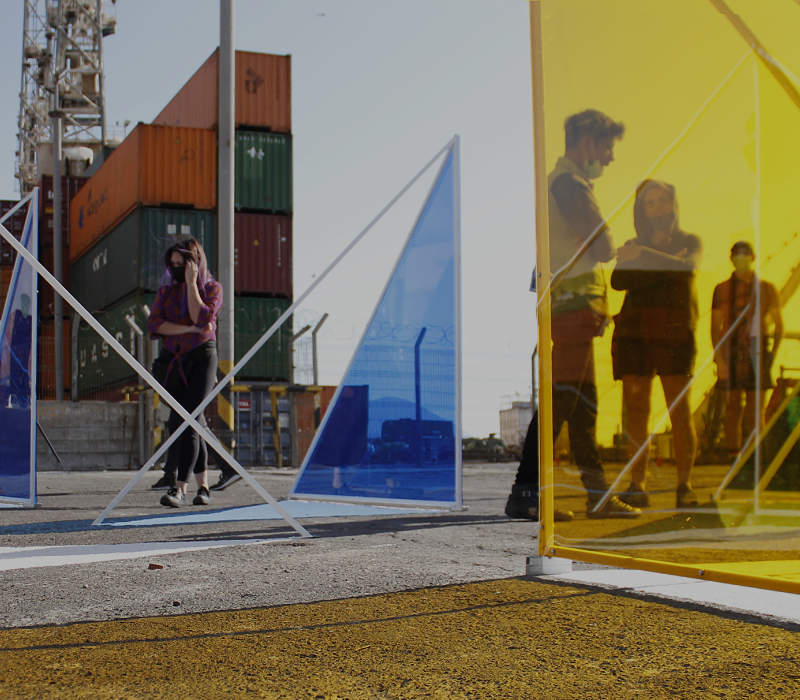 SACO Contemporary Art Festival has been held since 2012 in the Antofagasta region, in northern Chile, immersed in the Atacama Desert. Its goal is to establish a permanent center of reflection, criticism and dialogue, through the work on three pillars that frame all its activities: museum without museum, school without school and territory/residences.

In this version, eight exhibitions were inaugurated, most of them with 360º tours available at SACO website, and four of which had controlled public access in person. Added to this is the arrival in Antofagasta of 14 artists invited for this version, who, in addition to presenting their works, participated in activities to approach the local context and immersion trips in the driest desert on the planet.

SACO carried out seven face-to-face multigenerational workshops in Antofagasta, San Pedro de Atacama and Quillagua in order to maintain its formative initiatives, in a territory that does not have institutions or spaces for this purpose. In addition, SACO managed to carry out residencies for 12 artists from Europe, Asia, North, Central and South America.

SACO9 Now or never invited us to think about the present, as "a point with no dimensions: neither height nor width, neither depth nor duration. Everything in front appears as a blur, while everything behind is like a series of images in various states of decomposition. We don’t exist in the past, nor in the future. In the lapse between the two, we build worlds that will disappear along with us" (see the curatorial text).

The Festival is an instance that is born and is projected from the marginality of the north of Chile, appropriating the territory and the context to connect contemporary creations that call us to think about the ephemeral and at the same time permanent, marked by the social awakening in Chile and a pandemic that reconfigured the human relationships. 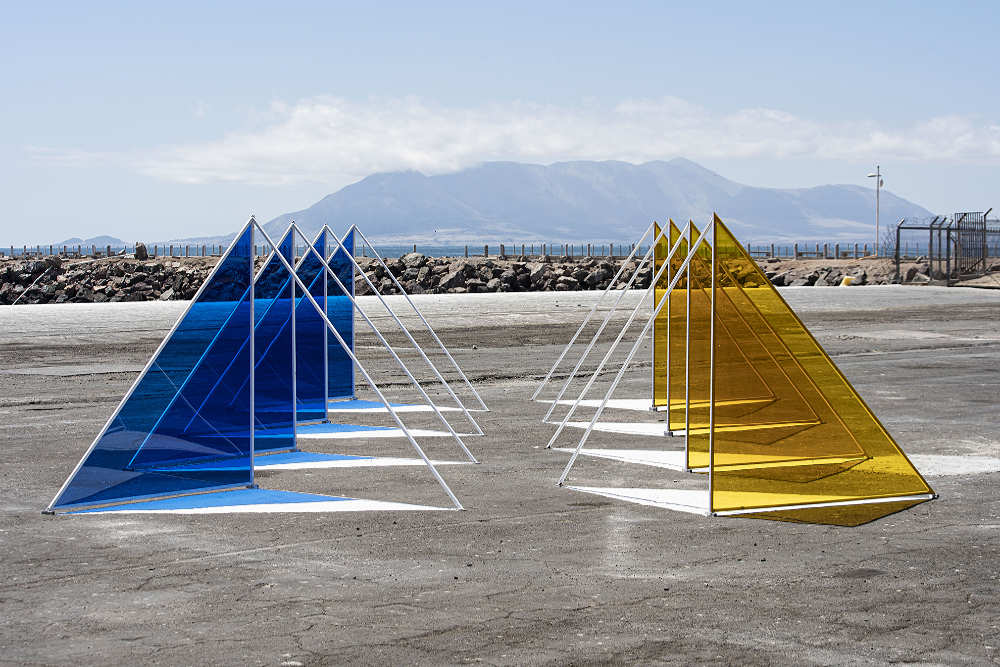 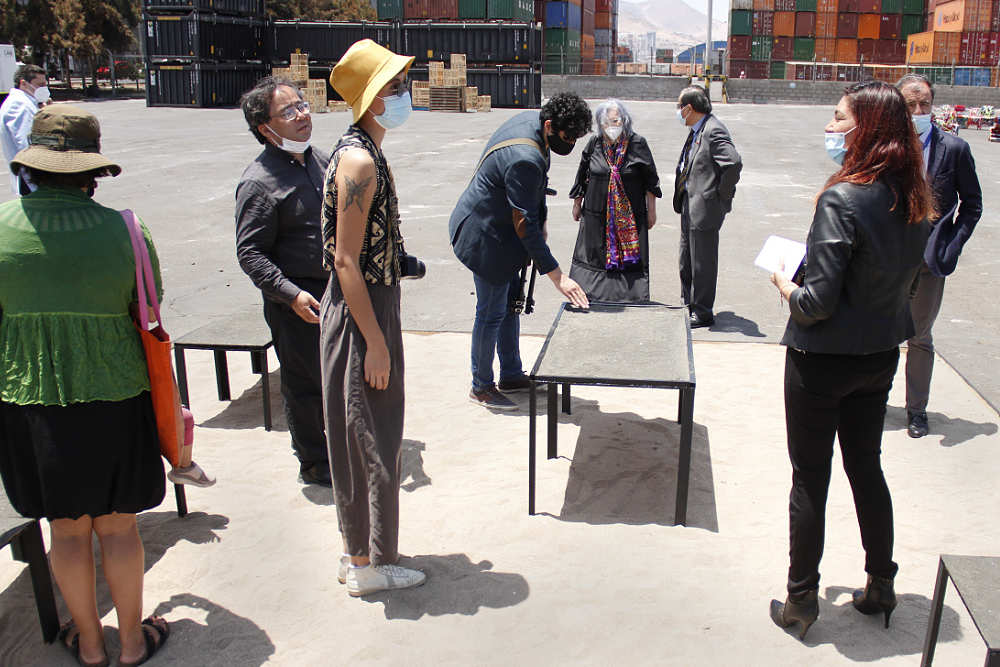 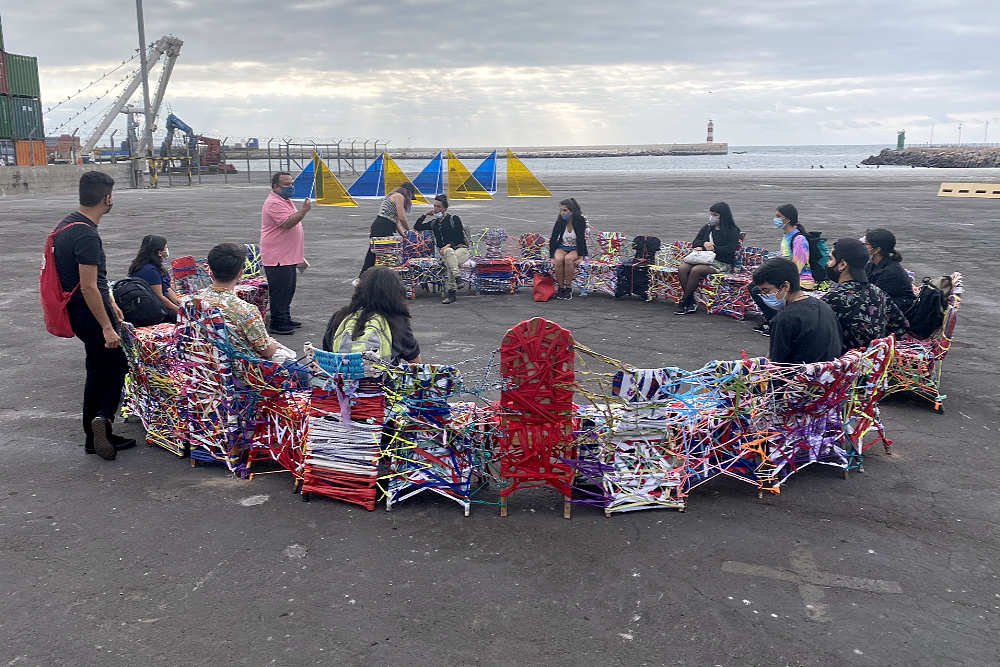 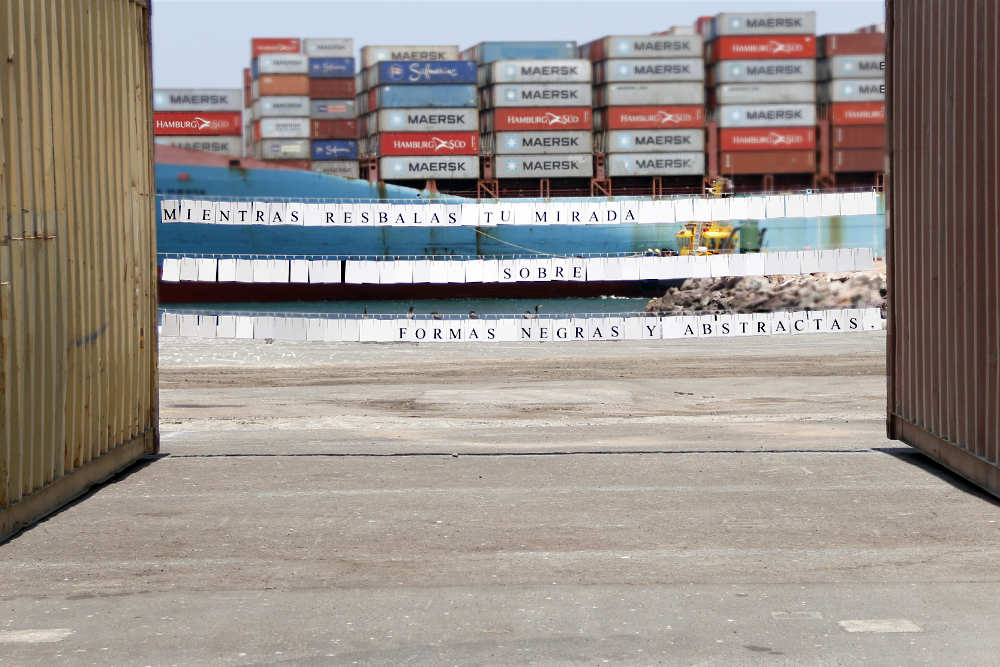 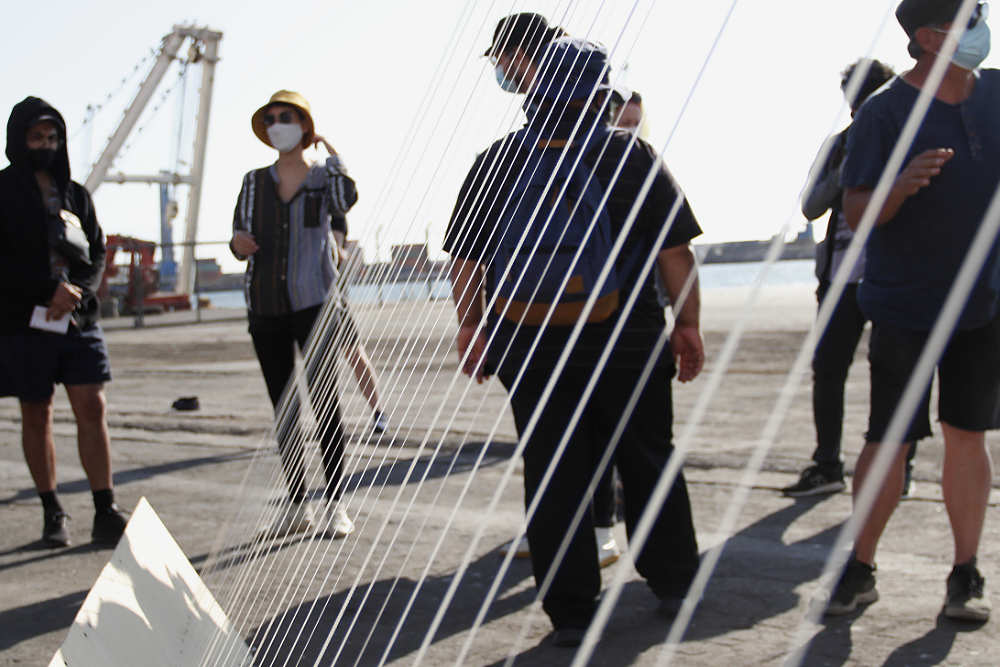 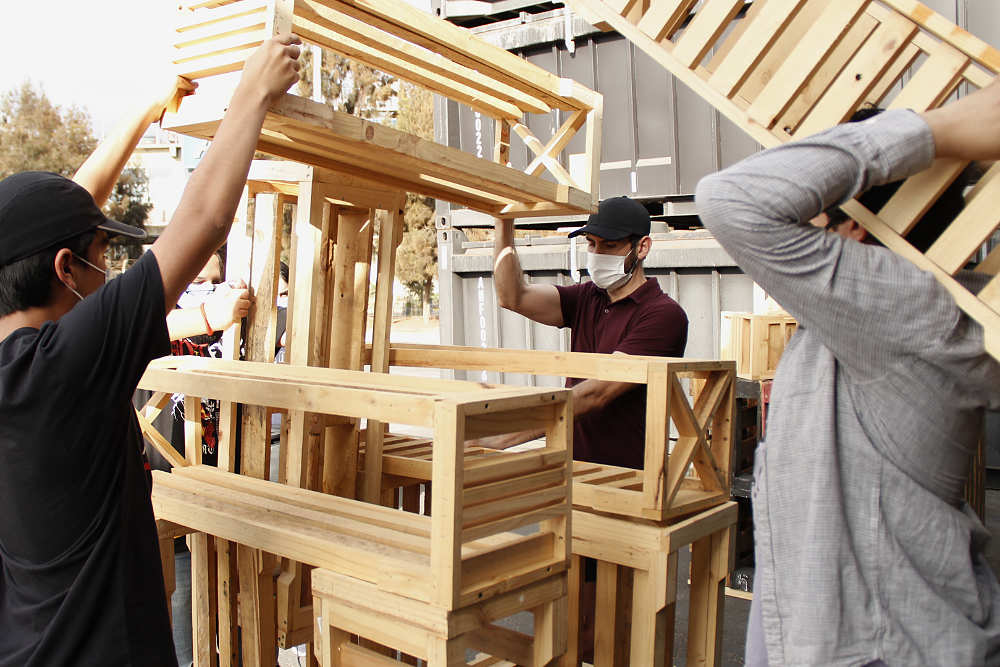 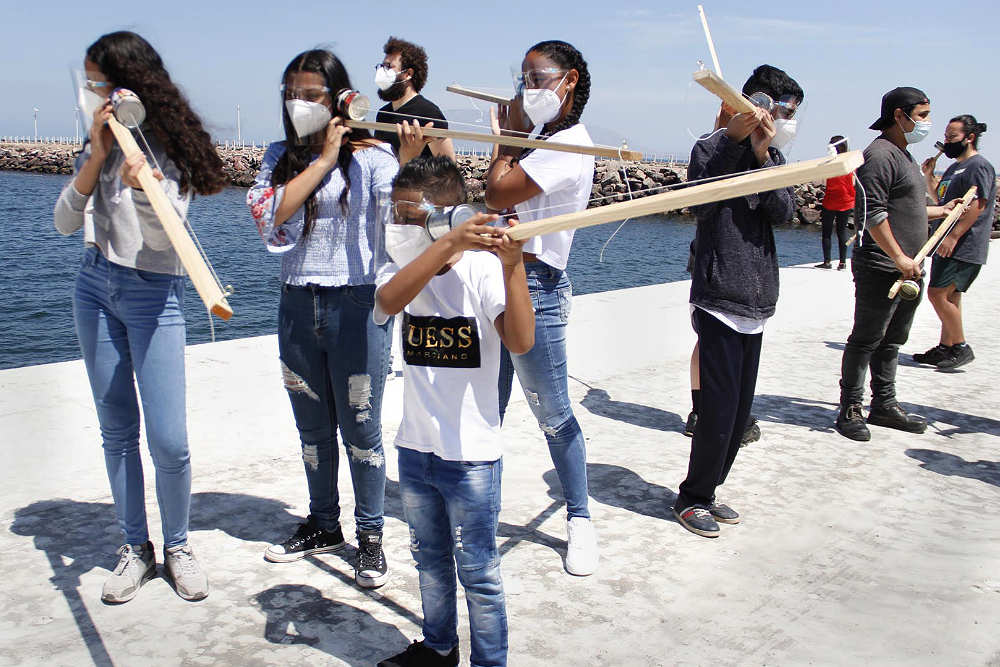 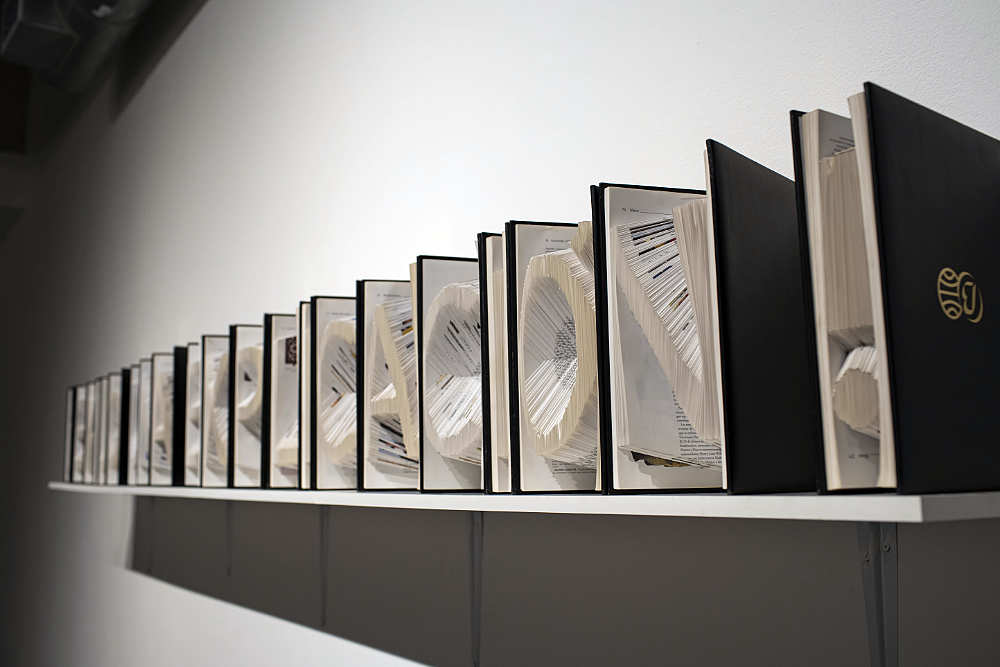 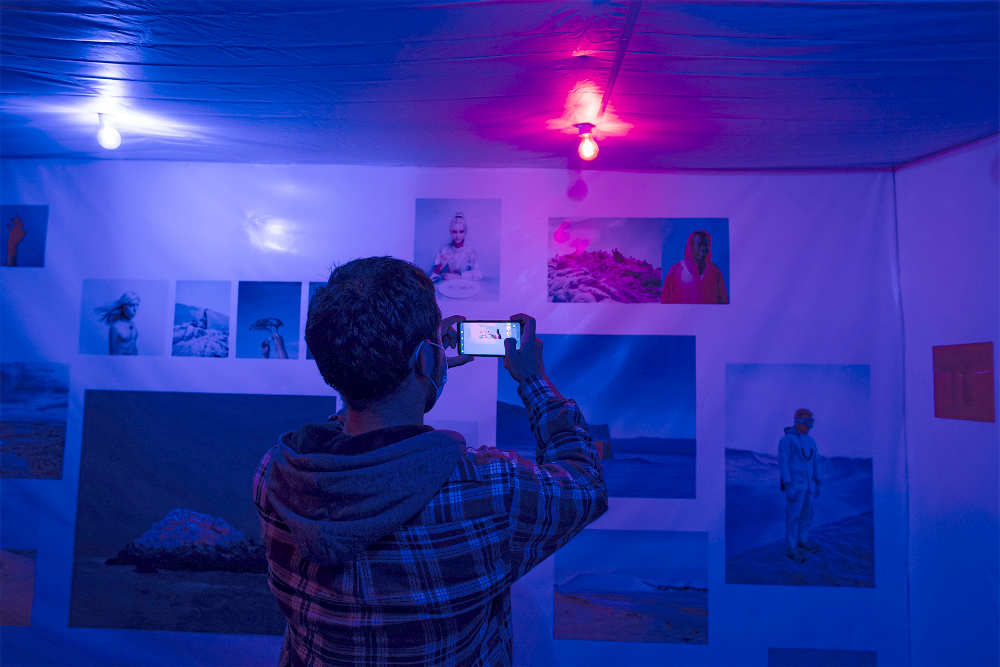 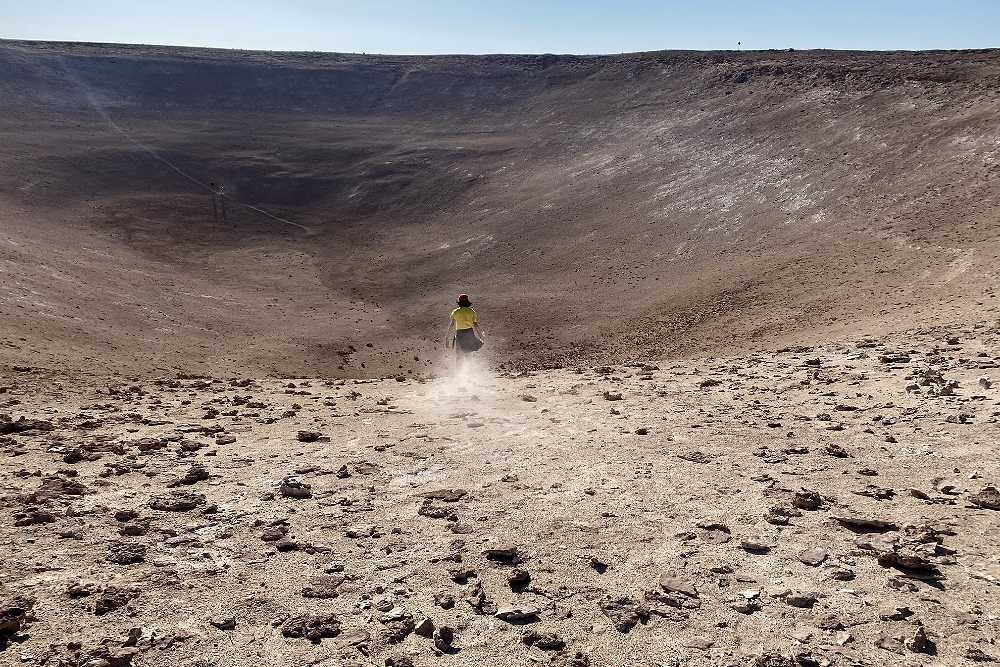 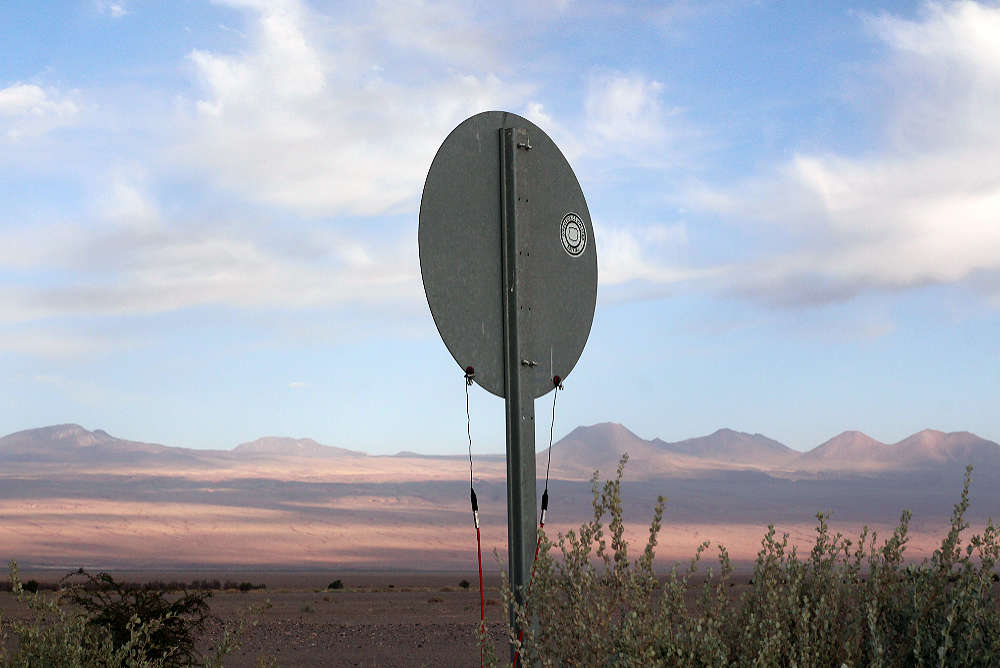 In this, the last version of SACO in festival format before its transformation into a Biennial, the trilogy that began in 2018 with the search for our past (Origin and myth) was closed. It continued the following year with equally transcendent questions and reflections, this time, looking to the future (Destiny), to conclude this 2020 with the need to stop at the ungraspable present moment (Now or never).

The particular visions of each of the invited artists were translated into exhibitions that spoke of various types of "now or never": the deformation of the territories intervened by large industry, intimate and reflective perceptions about the confinement and questions about the data that build this reality; the silence of the driest desert in the world that turns out to be louder than noise, confronting the public in the street, with the greed that devastates nature; break the boundaries between art, science and perception, exploring synesthesia; and the questioning of official history and neoliberalism in large-scale works made up of small messages.

Now or never is also the name of the festival's largest exhibition, which this year was held at Sitio Cero of Puerto de Antofagasta, a place that hosted the seven projects chosen from among 192 proposals from the five continents.

The restrictions of this 2020 did not prevent the holding of talks, conferences, panels and workshops, among other activities that make up the extensive range of SACO school without school proposals. In this edition, in person, seven transgenerational workshops were held in three cities and a talk on conceptual art. In virtual form, an international colloquium, divided into two parts, about the current state of the arts in Latin America.

In addition, between December 2020 and January 2021, Microcuradurías, a program of curatorships from the marginality, was carried out both in person and virtual for participants inside and outside of Chile.

SACO, during all its versions, has designed a residency program that allows generating contextualization and research activities and trips in its geographical and cultural space.

Antofagasta, the region where the world's largest open-pit mine is located, is a daunting destination that inspires research in many directions. Thus, the exchange of residences in terradeformed areas was generated, between JA.CA (Belo Horizonte, Brazil) and SACO. At the crossroads with science, this year two art&archeology programs were materialized, one focalized in art&astronomy and for the first time, the call for the art&rocks residency was launched.

As a result of the programs and vinculations with artistic cultural institutions, residents of Brazil, South Korea, the Canary Islands, France, Japan, the United States, Italy, Switzerland, Colombia, Belgium and Mexico developed proposals related to the territory, many of which formed or will be part of the museum without museum circuit.

The SACO Contemporary Art Biennial is an initiative of Corporación Cultural SACO, established in Antofagasta as an agent of change and development of contemporary art.

The Corporation is directed by Dagmara Wyskiel (Poland) and Christian Núñez (Chile), who, through a network management focused on the dissemination of and reflection on new artistic practices, have fostered various actions, both in the city and in nearby towns as well as in the desert, establishing a precedent in contemporary art in the Chilean North.

The Instituto Superior Latinoamericano de Arte, ISLA, is the center for artistic residencies that manages the SACO Contemporary Art Biennale. Located in the city of Antofagasta, just meters from the Pacific Ocean, it is a place designed for its guests - curators, artists, teachers, researchers, directors and the like - that goes beyond the limits of an overnight stay to become a focus on local culture.

ISLA, as a place of creation and reflection of art, is built under a logic of environment and operation by and for artists, being a contribution in their creative work as well as a facilitator of cultural networks with the north of Chile and the world.

All artists, both national and international, as well as curators and researchers, who carry out some kind of project in Antofagasta in residency at ISLA, are committed to contributing to the development of the local scene, giving a free training sessions at ISLA, as a way of retribution for what they have learned.