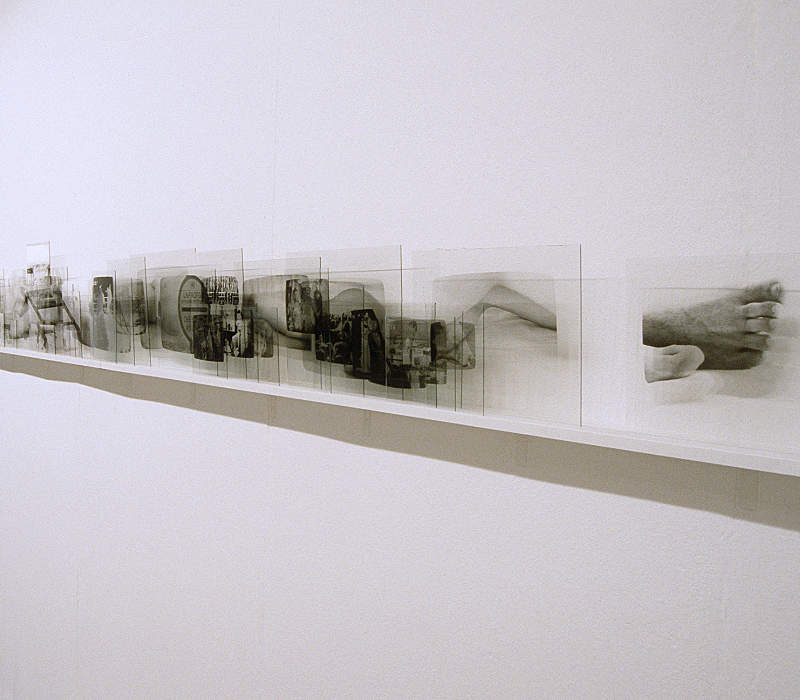 My project Zapping - Lines is a crystalized gesticulation between an individual's various technologically defined gestures, from passive zapping and automatic clicking to the more active sampling and even on to the assertive insert-gestures. It is my intention to distill from an accelerated world of images a bit of information regarding our Conditio Humana.

In today's inundation of images, which sucks in and spits out all the 'historical' happenings in a irreversable irresistable (unstoppable entertaining) way, current events are no longer rolling toward just any future but rather toward this technical 'illusion.' The political action and the battle won do not appear to have had the intention of changing the world, but of simply being photographed or filmed - just as the moon landing was a television show (Flusser). Similarly, one has a wedding party these days in order to show the photos and videos of it afterwards. Only individual death remains alone and imageless.

As a trained child of TV, I cannot help but let myself be inundated by this reality and zap avidly-bored here and there. Now and then, I catch a few rastered, flickery scraps with my camera. Pictures of pictures of an imaginary Weltanschauung. It is only when I have sampled these redundant pictures like a DJ, and brought them together into rhythms in various series, that I can hope to turn up in the stream of images somehow as a subject, maybe even to exert influence over them. My artistic demands on myself require less an exercising of power or a hanger-on's rescue than a self-discovery necessary for survival. By using an insert-cut, I try to turn myself on with my own program: my self-confidence as 'resistance – image', as a trench for my desires and fears, as an ad for my most inner feelings about myself, which - given it has been extolled to me often enough - I finally begin to buy.

Pat Binder:"Zapping as a self-awareness strategy"
(translated by Rebeccah Blum) 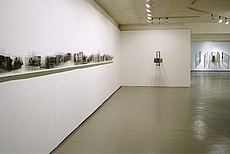 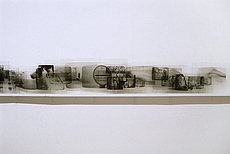 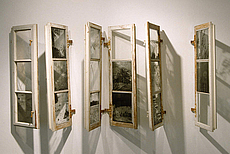 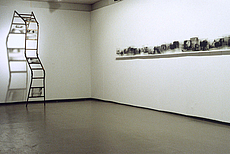 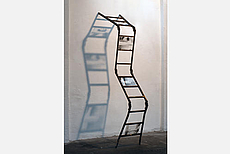 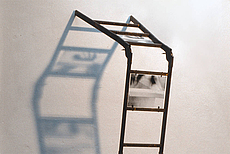 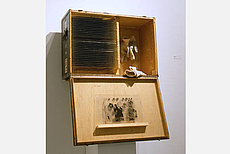 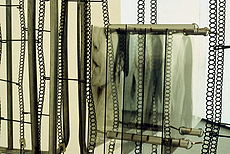