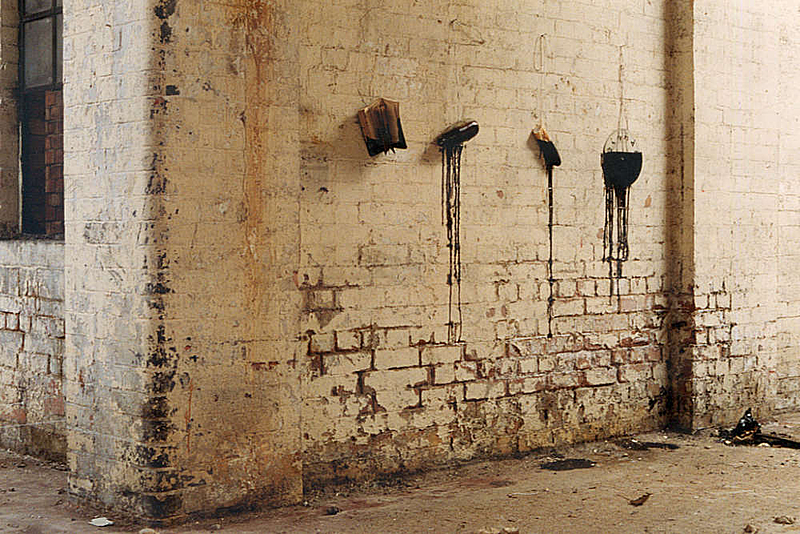 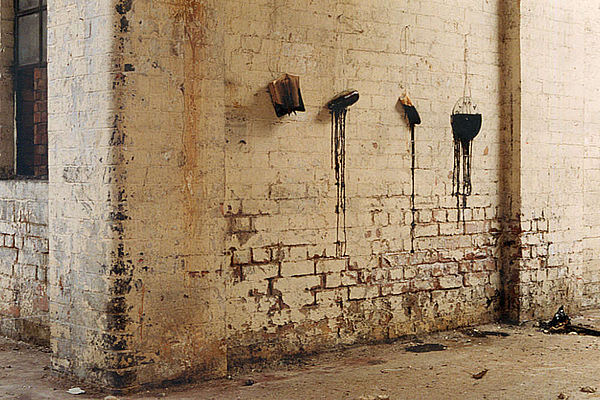 On a wall hang various objects side by side that have been immersed in crude oil, creating a black oozing trail under each. Through this consecration, the objects have undergone a kind of auratization process. Removed from the mundane worthless world, baptized by art, they have become the object of sacral-like veneration. The consecrating liquid is a substance of the highest economic-political value: black gold. As in gilding, the viscous black adheres to the skin of the objects: here, ennoblement means annihilation; the "consecrated" becomes the "sacrificed."

On each object, however, a small spot remained untouched by the oil. The heel, which meant death for Achilles, becomes hope here. Left out of the pollution bath, unconsecrated by the sublime, it is a piece of primordial state, a remnant of innocence, nature left to itself: another possible future.
(P.B.)