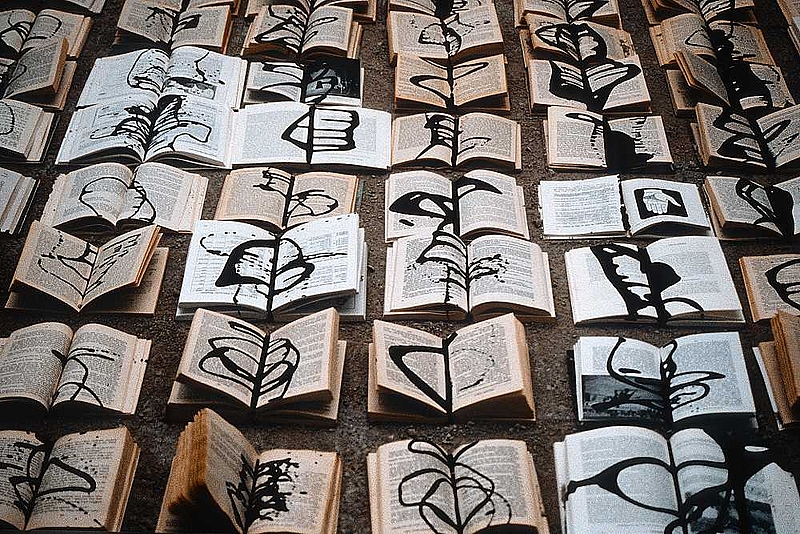 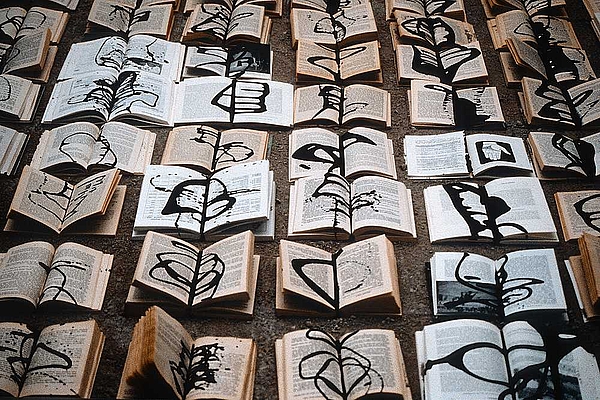 While exploring the Eastway Laundry, Pat Binder happened upon waste oil in a drainage canal. She began to pour the sticky, dirty heating fuel over the open pages of books, reducing the multitude of thoughts written in graceful letters to a dismal, homogenized mass. With this she plays on the dangers of leveling the most varied provenances' diverse cultural creations in the course of the advancing networking to the farthest reaches of the world. This threatening metaphor of a monoculture has an ecological connotation as well. All too often we have seen the oil-covered feathers of doomed seabirds following oil tanker accidents; too present are the images of war-like conflicts about the access to the oil fields that another untroubled thought on the preciousness of "black gold" could arise. At the same time, Pat Binder's dribbling of oil is also an ironic reference to traditional artistic techniques.