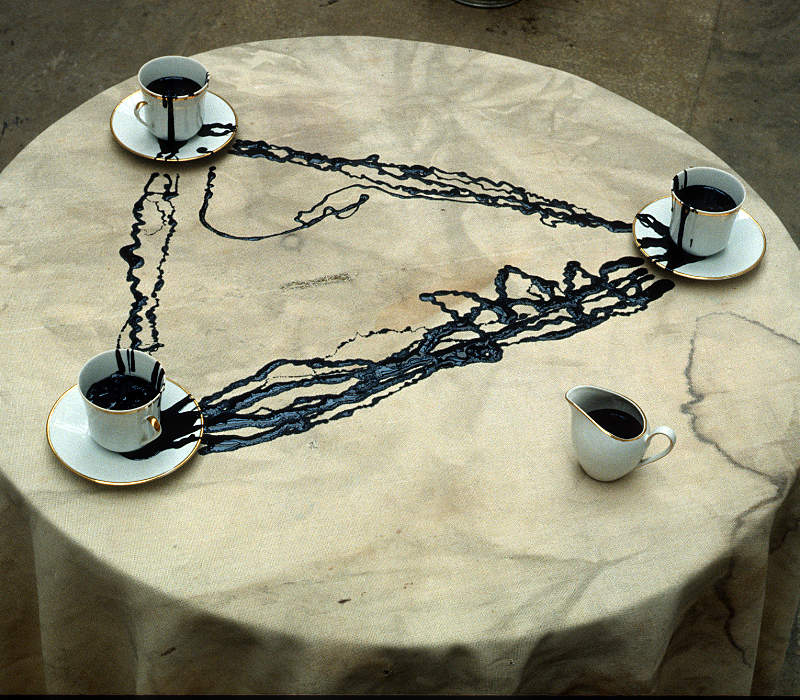 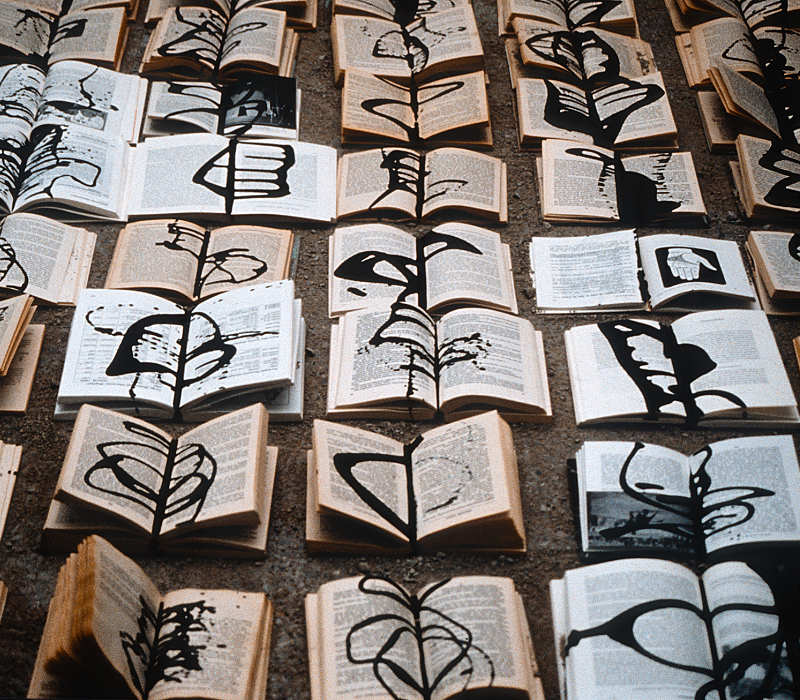 In London, I had the unique opportunity to work in an abandoned factory building which was behind my studio. It was an industrial laundry, whose main room with high bow windows had a sacred atmosphere. In the midst of this room I discovered a long T-shaped shaft, by shoving away heavy metal pieces that were covering it. I assume, that, when the large heating tanks were removed, the shaft had filled with black fuel running out of the pipes. I was fascinated by the fact that such a temple of the cleanness produced such a waste. This stimulated me to a series of works in which I deal with political ecological, aesthetic and religious thoughts. I was reported to the police by an unsuspecting witness of my experiments because of practicing "satanic rituals."
(P.B.)

Considering the working method which - on the level of art - includes the destructive as an element of a constructive, creative principle and which celebrates the creative process in and of itself, misunderstandings can occur. [...] . In the seclusion of the spacious hall and the various adjoining rooms, Pat Binder developed a new feeling for spatial and material constellations by handling countless objects that had fallen into disuse ...
(G.H.) 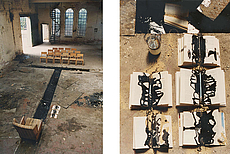 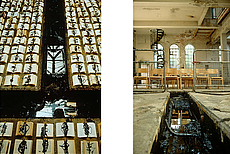 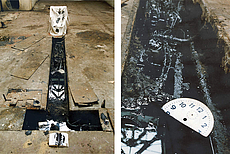 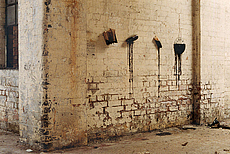 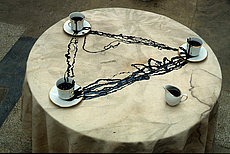 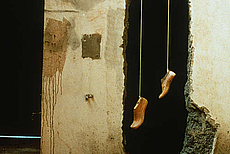 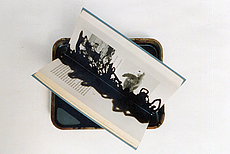 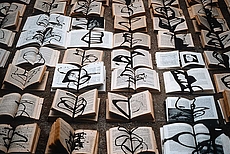 From the text by Gerhard Haupt:
Resistance-images. Selbst(er)findung als Selbstbehauptung
In the catalog of the exhibition "Pat Binder: Zapping", ifa-Galerie Berlin, 22 March - 5 May 1996
(Translation from German: Pat Binder)