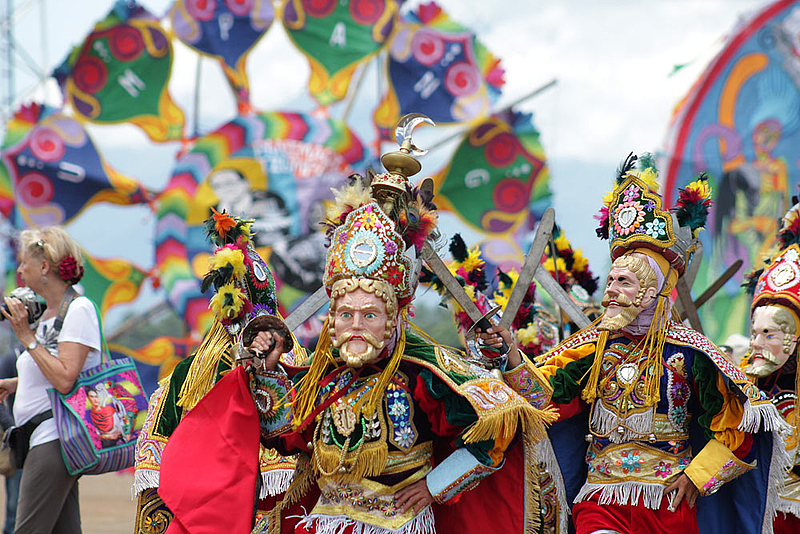 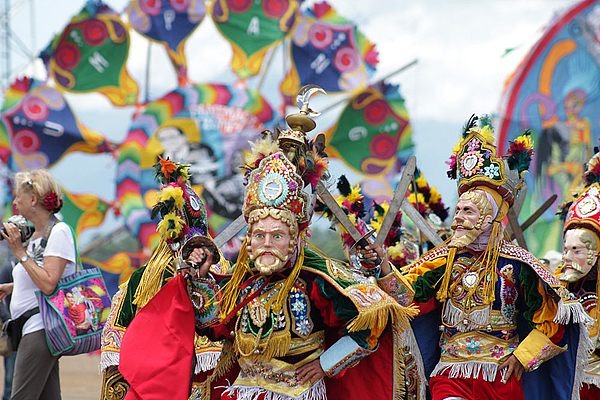 Humberto Vélez with the community of Sumpango

Rajawal Tinamit / El espíritu del pueblo
Performance in the form of a community art ceremony with the people of Sumpango, known for their rich cultural traditions, especially their giant kites decorated for the Day of the Dead. The artist worked with the community, which became one of the artists of the Biennial.