On 14 April 2016, the Malian photographer died at the age of 80. Malick Sidibé was one of the most influential photographers of his time.

It’s a world, someone’s face. When I capture it, I see the future of the world. 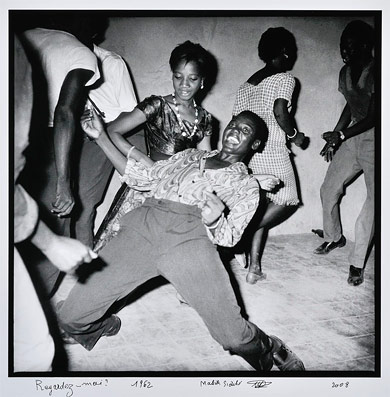 On April 14th 2016, the Malian photographer Malick Sidibé died at the age of 80.

Chronicler of his country's social, cultural and political changes after independence from France, Malick Sidibé gained the nickname 'the eye of Bamako' for his compelling portraits and scenes of Malian pop music and nightlife in the 1960s.

Breaking away from the formalities of conventional portrait photography, and the clichés of colonialism imagery he became one of the most influential photographers of his time.

"No African artist has done more to enhance photography’s stature in the region, contribute to its history, enrich its image archive or increase our awareness of the textures and transformations of African culture in the second half of the twentieth century and the beginning of the twenty-first than Malick Sidibé."

With this statement, part of Artistic Director Robert Storr's recommendation, the Venice Biennale awarded him the Golden Lion for Lifetime Achievement in 2007. Malick Sidibé was the first photographer and the first African who received this distinction. 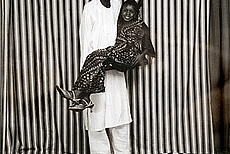 Golden Lion of the 52nd Venice Biennial 2007 for photographer Malick Sidibé from Mali.