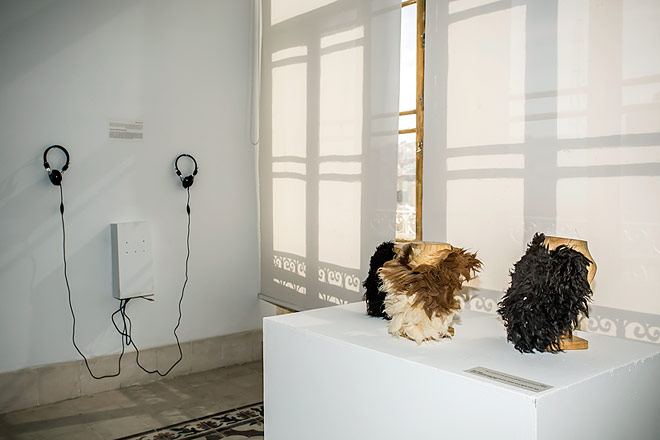 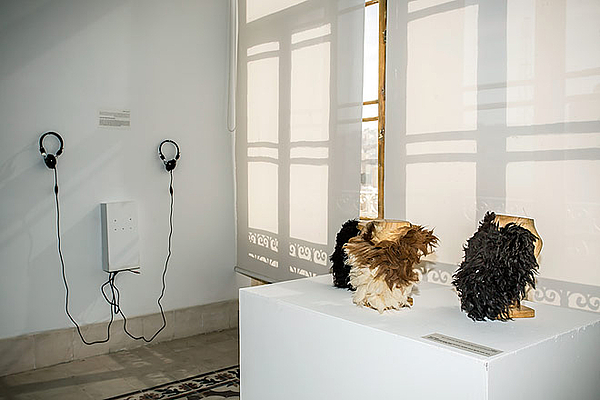 Chorus of chest-beards turning leftward (transaction negotiated with an Egyptian worker, stands made by a carpenter from Ramlah). 2013.

Music recordings by Sheikh Imam.
He was one of the most important musicians, who established something of an alternative movement in music, independent of the state or institutions. It therefore made sense that independent musicians and groups, such as Egyptian band 'Eskanderella', who were hosted by Darat al Funun in 2012, would take inspiration from his music in the context of the Arab Spring.
The Khalid Shoman Collection
Beit al Beiruti, Darat al Funun

Alive in the Dead Sea

The exhibition responds to political and social outcomes of past and present events, as well as their connection with literature, music, and film. 19 January - June 2016, Darat al Funun, Amman.