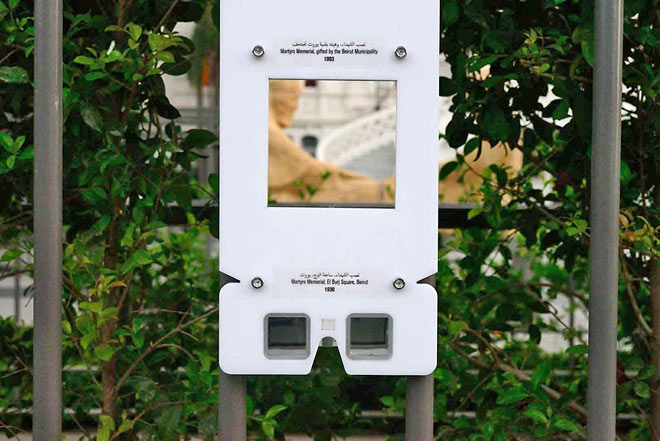 "To the delight and the enlightening of Lebanese people as well as their friend’s, today, February 14, 1957, opens in Beirut, on the shore of the Mediterranean and at the heart of the Arab World, the first Imaginary Museum in the world." The exhibition was organized by Camille Aboussouan, curator at the time of what would become the Sursock Museum, in an attempt to put pressure on the government who had been postponing the opening of the institution for a few years. In 1961, the traditional villa of Ottoman and Venetian mixed style that used to belong to Nicolas Sursock, finally opened its doors to the public and, over the years, amassed a collection of nearly 800 pieces that tell the history of modern art practices in Lebanon. The famous Salon d’Automne, an annual exhibition of local artists selected on the basis of an open call, soon became the signature of the museum, and the red thread behind the acquisition policy of the institution. As the only art institution in the city for many years, apart from the National Museum, the Sursock Museum has played an important role in the pre-war years, as well as through the 1990s when only artist-based initiatives were aiming at filling the lack of cultural, institutional and artistic structures in Beirut. Today, after massive renovation that left the museum closed for 8 years, the institution has yet to regain its place within a local art landscape that has literally boomed thanks to civilian organizations such as the Arab Image Foundation (AIF), Ashkal Alwan, and the Beirut Art Center (BAC). Zeina Arida, who co-founded and directed the AIF for twenty years, was appointed director of the museum early last year to help redefine the ambition of the museum in this challenging context. The following interview took place in the context of the Museum's reopening events, on October 8, 2015:

Laurence Cornet: How would you describe the art landscape in Beirut from the end of the civil war until now?

Zeina Arida: What happens today is a direct response to this period. When I came back to Lebanon in 1993, it was a very special period here. People didn’t want to hear about the war, because it had somehow ended as a deadlock. I became involved in the reconstruction of the country through the arts because only artists and intellectuals were questioning Lebanon recent history and I could relate to them. The decade between 1995 and 2005 was a fascinating period because everything was possible in the art field. Many projects such as the Ayloul Festival, Espace SD, Ashkal Alwan and the Arab Image Foundation contributed to turn the local art scene into what it is today. There hasn’t been a proper artistic movement, but there were artists who simultaneously defined their practice around existing archives and who wanted to question history and use existing images rather than produce them. After 2005 and the assassination of Rafic Hariri, things changed again but we need more time to reflect on this evolution. Many younger artists are already established, but we need to step back to see what will this new generation produce.

Laurence Cornet: How would you position the Sursock Museum in today's context?

Zeina Arida: I think the museum is the institution that can be the historical bridge between the 1990s and what the future will be, because it was built in 1961 and has a different relationship with Lebanon's history. To position the museum today after eight years of being closed, we have to ask ourselves how this museum can serve the civil society and the communities; and how it can support young artists. The notion of responsibility is crucial because it will determine whether or not the museum can reach a wider audience than the one currently interested in contemporary art in Lebanon. We want people from any class and age to come to the museum. It’s important that the audience develops a sense of ownership and considers the Sursock museum as a public space, especially since it has a very specific status – it’s a common asset that is directed by a private executive board and receives public funding. That’s why admission to the museum is free, though we encourage donations.

Laurence Cornet: How does this ambition translate in the program of the museum?

Zeina Arida: We will hold three temporary exhibitions per year, one of which will be monographic or related to a specific point of modern art history. The other two exhibitions will be thematic in order to present contemporary art in a different way. We will also relaunch the Salon d’Automne as a biennale event that will alternate with the exhibition of a private or institutional collection.

Together with the artistic program, we have a cultural program with film screenings, workshops, guided tours, events for children, walks around the museum’s neighborhood with urban planners and artists, so that visitors have many reasons to come to the museum.

We also have great expectations for the library that is meant to be a research center that will help draw a continuous narrative of Lebanon despite its very brutal history. The library will be a resource center that keeps the museum archive as well as external archives. We have already received the archive of the Richard Chahine Gallery, a gallery that has been in operation since the 1960s, as well as the Fouad Debbas archive, which documents his research process and his work as a collector. Physical archive will be also available to researchers because as much as digitization is important, and as much as it enables comparative reading, it also isolates material and imposes a fragmented approach to history. Through the years, the library will pursue acquisitions and subscribe to online resources for scholars. It’s a long-term project.

Laurence Cornet: What is the acquisition policy of the museum?

Zeina Arida: It’s not completely defined yet, but there are surely some missing parts that need to be filled – the collection is mainly comprised by modern and pre-modern pieces from Lebanon, with a high percentage of paintings and a few sculptures and ceramics.
In that context, it seemed natural for the museum to host Fouad Debbas’ collection of photographs. The museum has a special bond with Beirut, and Fouad Debbas started his collection focusing on Beirut, because he missed the city while in exile during the war. The collection has its place within the permanent collection, between the Arab Salon and Nicolas Sursock’s office, both of which recount the era and the context that lead to the conception of the museum. Though Nicolas Sursock was not a collector, he was an aesthete who organized literature salons and belonged to the cultural movement that believed that art could be for everyone.

As for the future, I think it is important and interesting to buy in accordance to the institution's artistic program, and to keep imagining what the collection will be ten years from now.

Laurence Cornet: How do you engage with other institutions, locally and internationally?

Zeina Arida: We borrow and loan pieces. The current exhibition about Beirut is made of 250 loans for example. In terms of programming, the permanent collection focuses on Lebanese practices, but the rest is open to international ones.

The museum will also host external curators so there will be real collaborations. Locally, we look at what Beirut Art Center and Ashkal Alwan are doing, and we are making sure we offer something that complements rather than repeats their offer. We also work together toward the training of professionals in the field, something we lack in Lebanon.
The diversification and multiplication of venues are important both for the public and the artists. Today, it’s very difficult for a young artist who is not represented by a gallery to show his/her work. The open call of Salon d’Automne will offer them the opportunity to be visible, and our challenge will be to inspire various practitioners to participate. 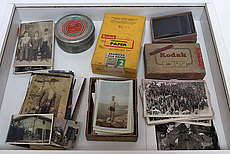