Conversation with Rana Sadik about her conceptual and production practice, and projects, including the recent Study for a Domiciled Gallery at Kuwait’s Museum of Modern Art. 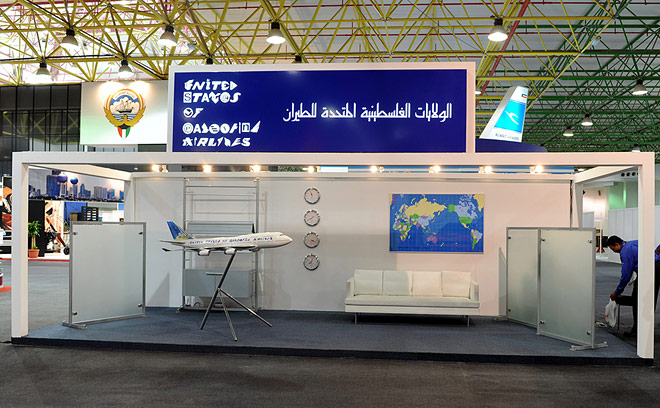 MinRASY PROJECTS develops and produces projects that stem from its director Rana Sadik. MinRASY is both an acronym in Arabic, from Rana and Samer Younis and a double entendre, meaning "from my head". Kuwait was celebrating its Golden Jubilee of independence and the 20th anniversary of liberation when MinRASY’s first series of art interventions took place in Kuwait’s public space. The interventions aimed at offering the local audience with a range of contemporary artistic forms that respond to the missing Palestinian community in today’s Kuwait. Four years later, MinRASY installed Sadik’s living room in a Kuwaiti museum to examine if regional museums will incorporate collections of citizens and residents in their programs, or host regional collectors on museums’ boards.

Ala Younis: MinRASY projects are GCC-centric exercises for artists, curators and museums to think about the politics that shape the life of the middle class in the Gulf: surprising a non-expert audience with a non-functional (or fictional) United States of Palestine Airlines [1] at Kuwait’s Travel Expo, or commissioning a nomadic museum of impossible objects to respond to the absence of Palestinians in Kuwait. How did you come to think of this practice?

Rana Sadik: I think I am in a unique position where I can conceive a project and fund it. In a way there is a real sense of liberation that allows me the room to work the way I want to think.

In 2011, committees in Kuwait were preparing to celebrate the Independence and Liberation of Kuwait. I wanted to intervene in this and commemorate those communities that were part of the nation building process, yet have been and continue to be written out of their country’s narratives/histories. I started to think about this in 2009. I was also thinking about USPA in Kuwait. The two came together in 2011.

I like to explore and develop my interests with others. Engaging with others in thinking and talking about these ideas, and I prefer that these discussions happen in public spaces. These projects consume a lot of mental energy in their translation from ideas to projects, as well as in working with the feedback from those who receive the project. All this helps in developing my ideas.

Ala Younis: The core of these art projects is always the idea. You don’t call your self an artist or a curator but you are an idea-maker.

Rana Sadik: In reference to myself, I use the term director. I leave it to the receiver to formulate the nature of the input I am providing or the relationship that I have with them. My background is a bit different than artists; I feel I have developed my thoughts over a number of years that I have recently developed a practise for.

Ala Younis: In the course of commissioning objects for the collection of MoMRtA - Museum of Manufactured Response to Absence [2], our collaborators were resistant to imagining another ‘Palestine’, a Kuwaiti version that had a role and life style that are different from the general Palestinian diaspora. Objects in MoMRtA were guided by a number of rules: not only did the objects have to be impossible or exaggerated, but also new, unique, manufactured in contemporary times, never mention Palestine by name, and respond to a memory of Palestinians in Kuwait between 1948 and 1991. There was little published material about this episode in history to work from but there was always something humorous about this process of research, communication and the resulting objects. Perhaps it was coming from the impossibility issue?

Rana Sadik: Yes, like the Fils, every time I think about it now it makes me smile. If I reflect on MinRASY, the work does reflect what I had in mind. Humour and art engage people on even the most difficult subjects. I’ve taken the flip side of the coin; I have processed through my projects that I am a Palestinian from Kuwait. I see Fils as a Kuwaiti coin, with a hole in it. [3]

From my perspective, as a Palestinian from Kuwait, a non-Kuwaiti, non-Palestinian citizenship holder, long term resident with no indefinite leave of stay, these projects are my observations and comments. I like them to unfold in public spaces.

Ala Younis: In Incomplete Personal Archives: Travel Documents or/and Identity (2014) [4] you presented framed photographs of five passports that you’ve accumulated. None of which were from the two places you say you are from: Kuwait and Palestine.

Rana Sadik: I had thought of this project for a long time, but there was no venue presenting itself as the right one, until we said we are going to Qalandiya International II. This project, Incomplete Personal Archives, takes from Qalandiya International II’s theme "Archives, Lived and Shared", and probes the recent trend of archive/research-based artwork. This work of 5-framed photographs was produced at John Jones in London.

The larger population in the GCC region is non-native residents. The working class goes unnoticed in the light of the conditions of the migrant workers. Study for a Domiciled Gallery explores the working class, art collectors, museum boards…

Ala Younis: I think your latest project Study for a Domiciled Gallery (2015) [5] responds to many of the questions you put forward. It contextualizes the MinRASY endeavours and your relationship to the political and art institutions of the region you live in. You moved the whole public part of your private space, your salon complete with its furniture, artworks and other acquisitions, to be displayed in sections in Kuwait’s Museum of Modern Art. The idea came to you following an International Museum Conference held in a museum in a gulf city, where you noticed the absence of artworks borrowed from regional lenders in the shown exhibition. You were asking why should individuals collect art in the Gulf?

Rana Sadik: Collectors assume the responsibility of being caretakers. Museum-board memberships are highly aspirational for collectors, so collections are vehicles or ways. Here, a resident-collector does not have venues/outlets to show her/his collection; nor can s/he be part of a regional museum board or have a legal structure to protect their collection. Ideally, a project like MoMRtA should be endowed by now to a museum that has trustees.

Ala Younis: How can one do what one does and also plan the future at the same time?

Rana Sadik: MinRASY came at a time when I felt I had subjects to explore. I guess how we measure the distance to a future and how we process it is individual. Though these projects produce documents for future dialogues, they become meaningless in repetition, with the exception of MoMRtA, which will continue to debut as a particular intervention every time.

MinRASY Projects conceives and produces projects that stem from its director Rana Sadik.

Study for a Domiciled Gallery was a site specific installation in the Museum of Modern Art, Kuwait, under the patronage of the National Council for Culture, Arts and Letters, 26 May - 11 June 2015.

Projects include:
United States of Palestine Airlines at the Mishref Fair ground, Kuwait, Tarek Ala Duwar on Sadek Roundabout Kuwait, Museum of Manufactured Response to Absence (MoMRtA) and Unplified, Museum of Modern Art, Kuwait, in addition to participation at Qalandiya International, and several publications, including Kuluna Lil Kuwait. 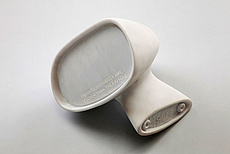 Through 28 objects commissioned to artists, the intervention at the Museum of Modern Art in Kuwait investigates the social history of Palestinians in Kuwait. Curator: Ala Younis. 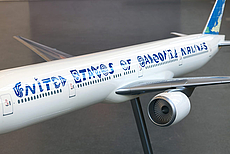