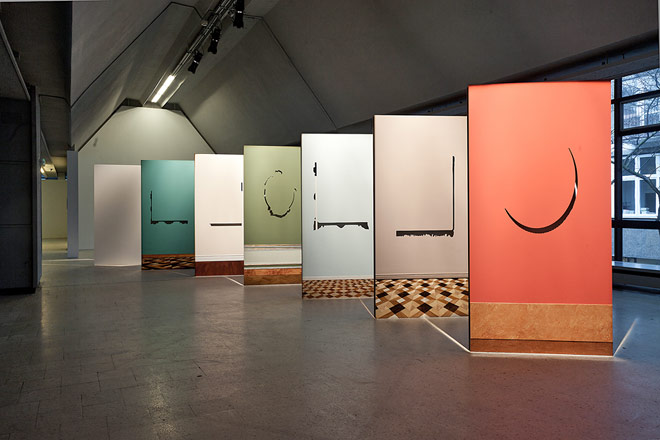 The point of departure of the exhibition “Lest The Two Seas Meet” is the moment –difficult to grasp– when individuals transform into a collective subject, and when individual stories, desires and aspirations begin to form a social movement turning the needs and discontents of individuals into political action. It features works by renowned artists, such as Mona Hatoum, Emily Jacir and Walid Raad, who have gained recognition on the international scene, and by mid-career and younger artists from Middle East, China, Korea, Singapore, Ukraine and Poland, a fact that highlights the universal character of emancipatory pursuits and attitudes. Curator Tarek Abou El Fetouh approaches the exhibition as a kind of philosophical mission, aiming to reveal the universal nature of the metamorphosis of the private into the public, a process that occurs in the body and gives rise to diverse kinds of political transformation. (From the introduction, MOMA Warsaw)

“It seems very enigmatic and hard to explain but I feel myself shaking on the brink of the cliff. I imagine once I fall, colored feathers will grow from my skin and from the depth of my soul, the feathers will bloom and lushly.” [1]

In the last few years, the world has witnessed protests voicing demands for justice, social reforms, and political transformation, which in some cases have developed unpredictably into civil unrest and wars. The human body has been at the center of these events, mobilized and deployed as a tool of resistance through different tactics and strategies since the self-immolation of Mohamed Bouazizi in Tunis in 2010. That fatal incident sparked unprecedented wave of protests as publics took up the action, congregated in streets and squares, marched in massive demonstration, and participated in occupy movements worldwide.

For politics to take place the body has to appear, and for emancipatory actions to take place the plural collective body has to appear and occupy spaces. Each participant in these protests offers his or her individual body, which then exists between two forms, the individual and collective, within conditions that are enigmatic. For centuries, writers, artists, philosophers, and thinkers have been proposing different ideas and concepts to untangle that intermediate state. The Sufi Ibn ‘Arabȋ (1165-1240) suggested the concept of barzakh. While this term literally means “isthmus,” and more specifically the invisible line that divides the “two seas” so that each sea has its own temperature, salinity, and density,” Ibn ‘Arabȋ employs it “to designate anything that simultaneously divides and brings together two things.” [2] For Ibn ‘Arabȋ, the barzakh is a space and time between life and death, the corporeal and incorporeal, material and immaterial, objective and subjective, body and soul; Ibn ‘Arabȋ uses the term “supreme barzakh” (al-barzakh al-a‘lâ) “as a synonym for nondelimited imagination, the cosmos, the realm of possible things, which in themselves are neither necessary nor impossible, neither infinite nor finite.” [3] In resistance, the body changes its condition into an ambiguous state that can be termed barzakh.

The exhibition Lest the Two Seas Not Meet explores the ways in which particular themes, clusters of works, and artistic positions respond to situations and conditions that are too complex to fully untangle, as they sketch dynamics that may be difficult to otherwise articulate. The exhibition does so by presenting various artists’ explorations of the human body through its traditional portraiture, its fragmentation, its acting as a medium for enacting resistance in contemporary life and thus its position as a medium for emancipation, and its contribution to the imagination of its future, in the form of its post-human condition.

Museum of Modern Art in Warsaw 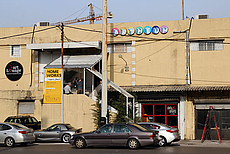