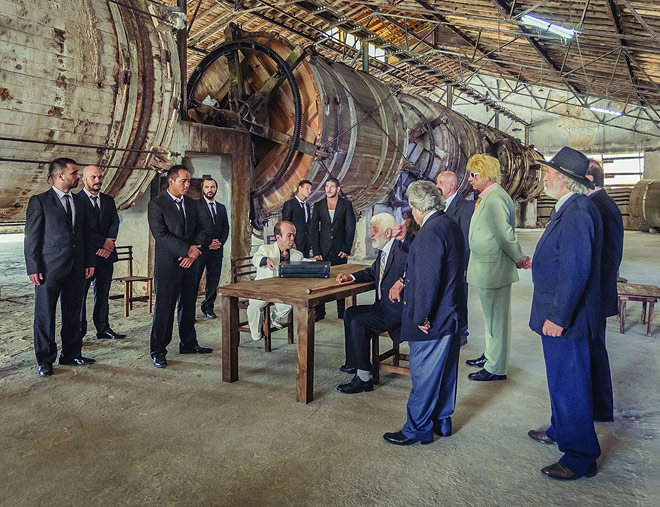 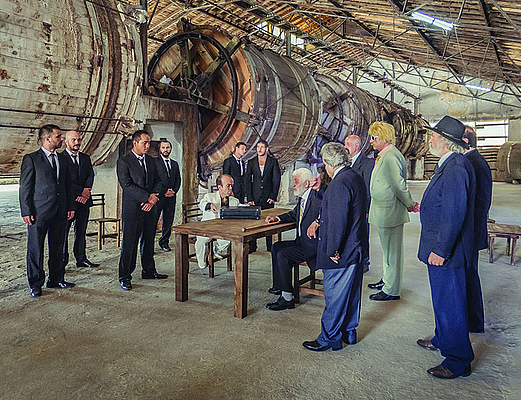 His newest video work Angels of Hell (2014), which was created in co-production with the Kunstpalais, is on show for the first time in Germany: In the style of an action movie good and evil fight until a lookalike of Atatürk together with a muscle-bound Miss Turkey blow up the gangster meeting.