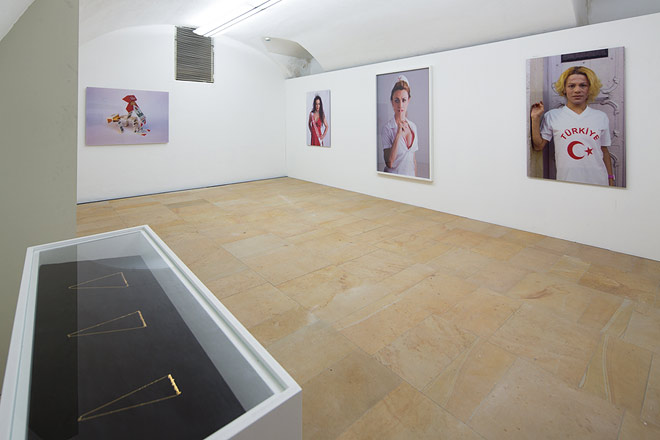 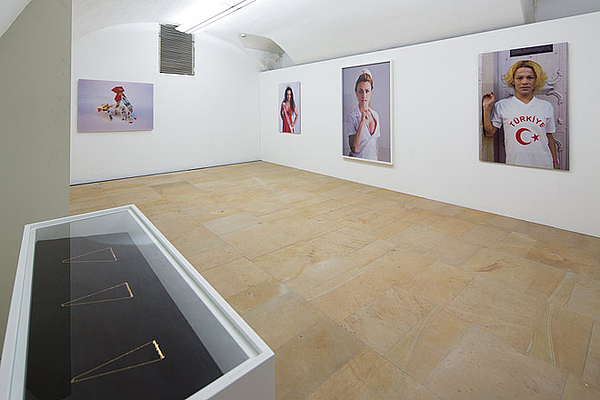 Miss Understood. 2010
Nurse. 2011
Untitled. 2004
Inspired by daily life in the streets of Istanbul, Altındere in his younger works turns the gaze to the life of different subcultures: Miss Understood (2010), a former man, proudly and self-confidently presents herself in the Turkish national colors red and white. With this photograph the artist takes up the difficult situation of transsexuals in Turkey, where they are not accepted socially and also discriminated by the state.