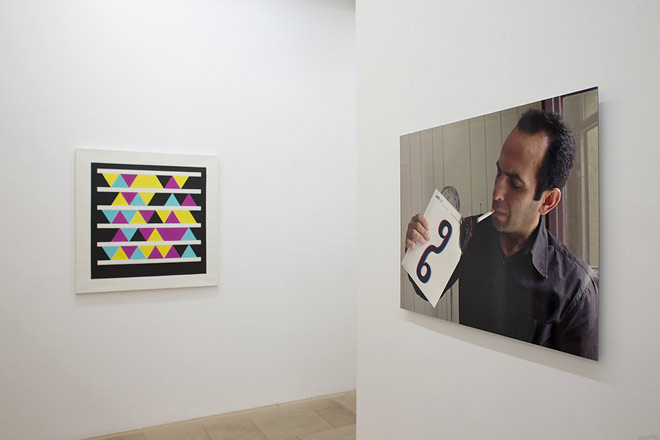 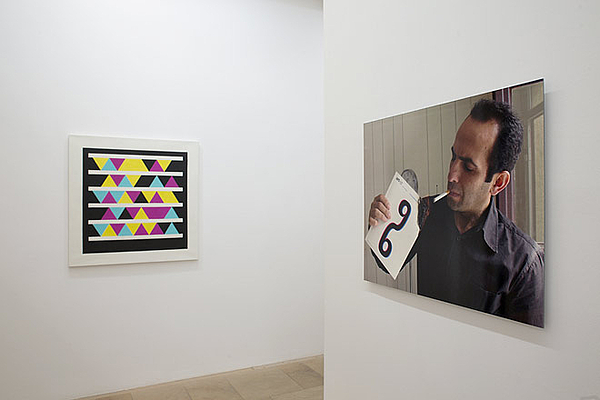 Homage to Serge Gainsbourg, 2005
C-Print
Altındere mimics a gesture by the famous French chansonnier, who in 1984 lit a cigarette with a five-hundred franc note on television to protest the high tobacco tax. Altındere instead uses the art magazine he founded, art-ist, which is dedicated to its critics and opponents.

In the background:
Tag Self-Portrait, 2011
(see next page)