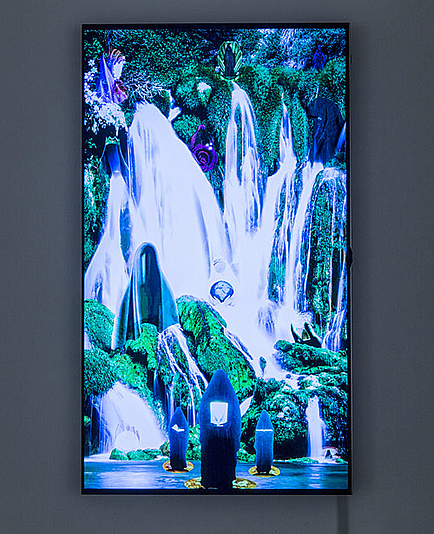 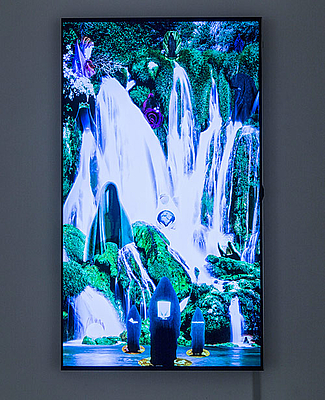 The Falls. 2014
Lightbox
Her new work The Falls (2014) explores issues of mediatised representation and the use of visual metaphors, which have largely circulated and shaped Middle Eastern Society. With Monira’s own words, “In essence, the work mimics and combines the transformation of visual values found in spiritual popular culture in the region."

Emerging GCC artists facing a context where the private dimension is trivialised in public and the public is immortalised in the private arena. Curatorial essay for the show at DUCTAC, Dubai.