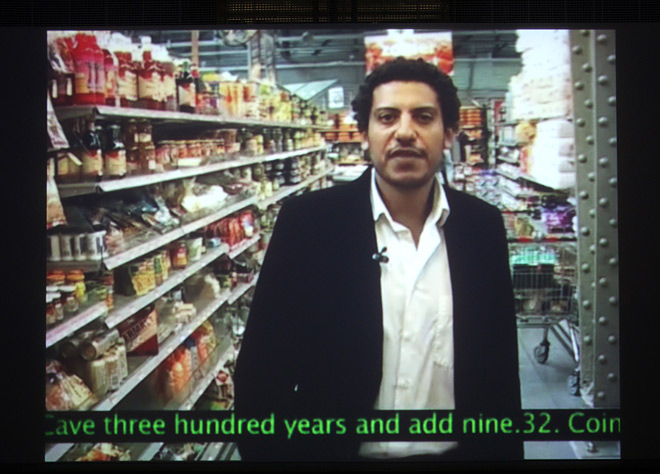 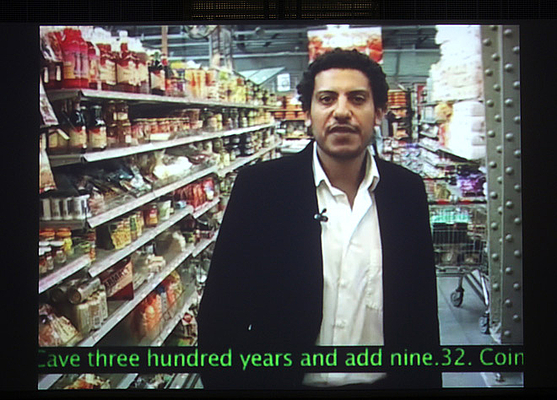 Video projection with sound
13 min 34 sec
In The Cave, the artist is seen walking through a busy supermarket in Istanbul, reciting, in Arabic, the chapter from the Quran about the "People of the Cave". The Quranic chapter tells the story of a group of persecuted men who hide in a cave, only to wake up 309 years later to a completely changed world.