Installation and photographs that track significant places in Kuwait and trace the story of his family. The Third Line, 29 Jan. - 7 March 2014. 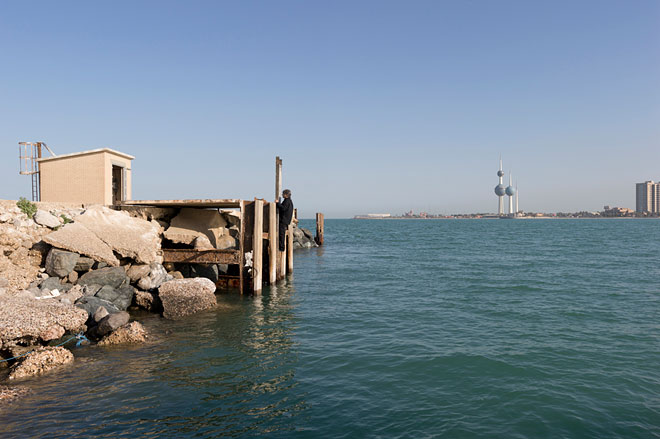 From 29 January - 7 March 2014, The Third Line presents Tarek Al-Ghoussein’s K Files, displayed as part of a two-person show at the first ever Kuwait Pavilion at the 55th Venice Biennale 2013, and showing for the first time outside the biennale. For the Project Space, Tarek puts together an installation of found objects, personal artifacts and newspaper clippings that consider the story of his family life via public forums such as Ebay.

Keeping in line with his study of identity crises in the face of ideological politics, Tarek produced a special body of work for the Kuwait Pavilion titled National Works. This was in continuation of the larger archival sequence K Files, which documents found material from family albums, antique shops, the Internet and other sources in an on-going process. The performative photographs feature interactions between the artist and sites of grandness and importance in an attempt to track significant places in Kuwait’s development.

Presenting new work in the Project Space, Tarek assembles an installation of personal paraphernalia that tell the story of his family life, pursuing a personalised investigative turn into his K Files documentation. His father’s role as the Kuwaiti dignitary to the United Nations, and later as an ambassador to the United States, led towards the discovery that many moments of his family’s life are now public property. While he refrains from direct political commentary, Tarek does take into account how the mergence of the public and the private have been imperative in shaping his own life, largely contributing towards the artist’s engagement with his identity.

Tarek Al-Ghoussein was born in Kuwait in 1962. He received his BFA (Photography) from New York University in 1985 and his MA (Photography) from the University of New Mexico in 1989. As a Kuwaiti of Palestinian origin, much of Tarek’s work deals with how his identity is shaped in a context of inaccessibility and loss. His work explores the boundaries between landscape photography, self-portraiture and performance art.

Tarek is currently a Professor of Photography at the NYU Abu Dhabi. His work has appeared in international solo and group exhibitions in USA, UK, Spain, Germany, France, Poland, Denmark, Netherlands and extensively throughout the Middle East. He recently represented Kuwait in the country’s first official representation at the Venice Biennale (2013) and was also part of Photoquai, Photography Biennale, Paris (2013). Tarek’s works are part of permanent collections at the Solomon R. Guggenheim Museum in New York, Victoria and Albert Museum in London, Royal Museum of Photography in Copenhagen, Darat Al-Fanun in Amman, and the Sharjah Biennial Collection in Sharjah. 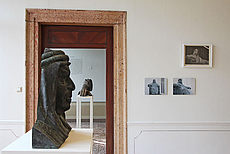